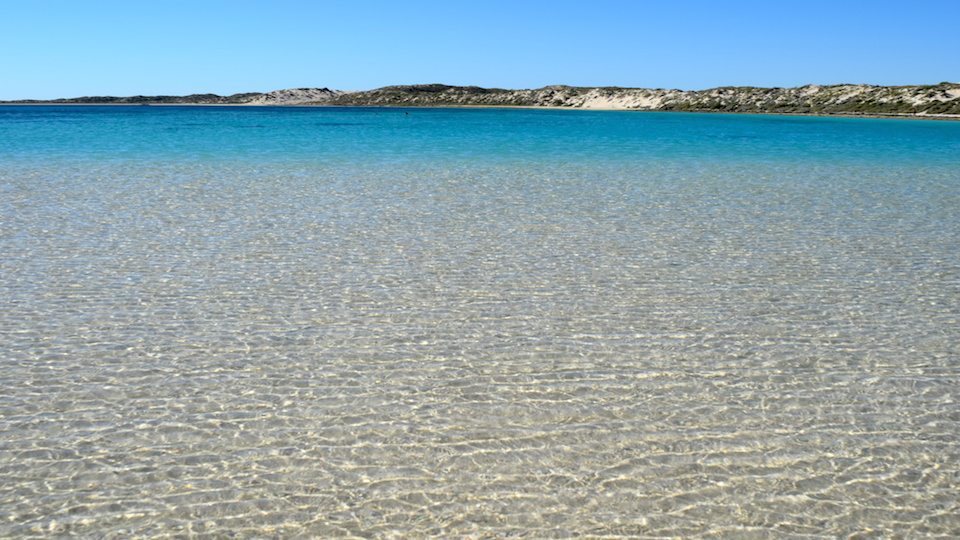 One of the best places to snorkel in Australia is Ningaloo Reef at Western Australia’s North West Coast. The reef stretches from Coral Bay to Exmouth, and here you can find insanely white beaches. One of the best things about the Ningaloo Reef is that you can just walk from the beach into the water and experience the underwater world. It’s definitely a once in a life time experience to visit Ningaloo Reef. If you’re looking to go a bit further onto the waters, this is of course also possible. Are you looking for a tour for the Ningaloo Reef? We had an excellent experience with Coral Bay Ecotours and in this review we will tell you all about it. Furthermore, in this post you can find more information about Coral Bay and we share other possible tours for Coral Bay and Ningaloo Reef. 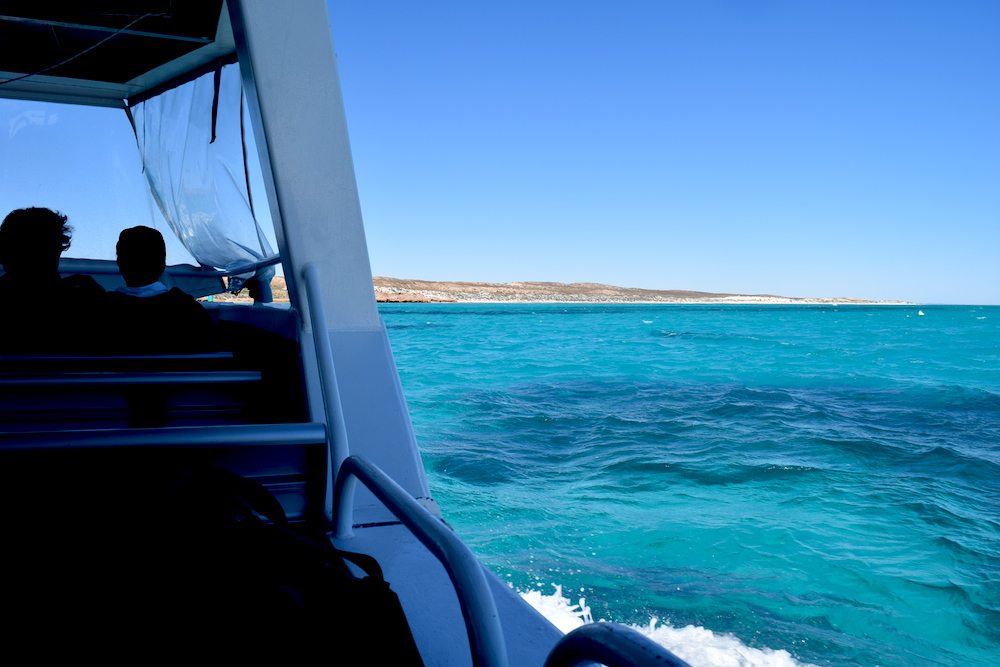 The moment we arrived in Coral Bay we felt very at ease and welcome in this little town in Western Australia. Coral Bay is located on the west coast of Australia and is a popular holiday destination for many, mostly because of the white pristine beach and the gorgeous Ningaloo Reef. Fish and coral can easily be explored by snorkeling by the edge of the water.

Three days we stayed in this little paradise. What we really appreciated was that we could easily walk everywhere, so we could just leave our car on the campsite and go our way by foot. Every day we went to the local bakery for breakfast, chilled out in the sun on the white sands during the day and ate fish or pizza at one of the local restaurants at night. The second day we were there, we also took full advantage of our fondness for Australia’s wildlife and decided to go snorkeling with Coral Bay Ecotours on Ningaloo Reef. 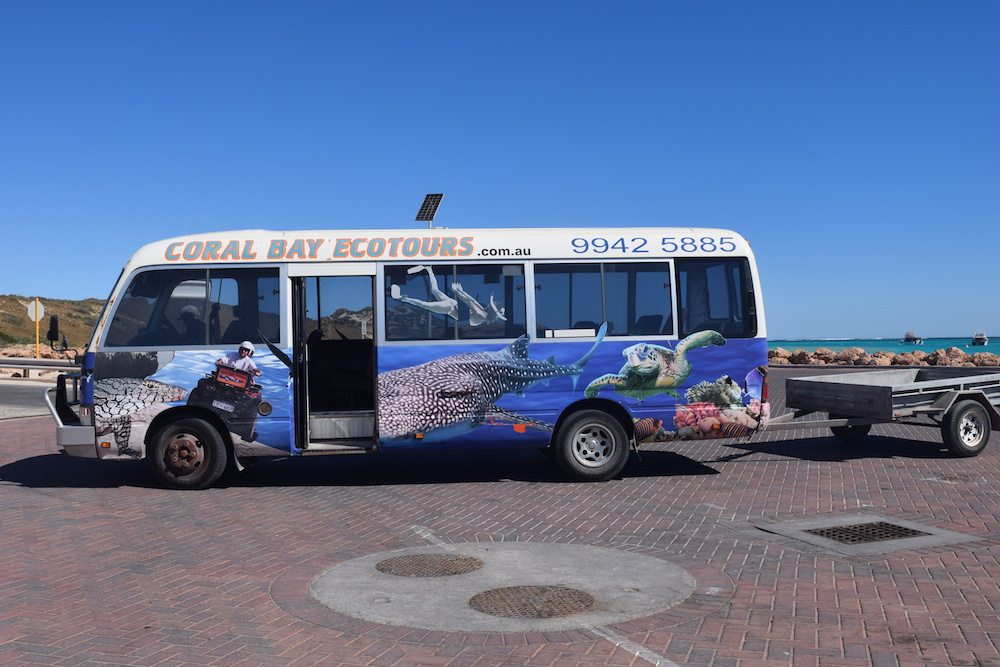 Besides the closeby underwater adventures, there are also multiple tours in Coral Bay that you can undertake to explore the Ningaloo Reef more extensively. Our favorite experience in Australia so far was snorkeling at the Great Barrier Reef, where we saw a lot of sealife. When we heard we could swim with manta rays, we couldn’t miss out on this opportunity; we decided to go on the Marine Ecotour from Coral Bay Ecotours. Coral Bay Ecotours has been in operation since 1994, are the first and only company on the Ningaloo Reef and Western Australia that are carbon neutral, and have been carbon neutral since 2010. So basically, zero climate impact for their business and guests on the tours. How great is that!?

The wildlife we encountered during the Marine Ecotour 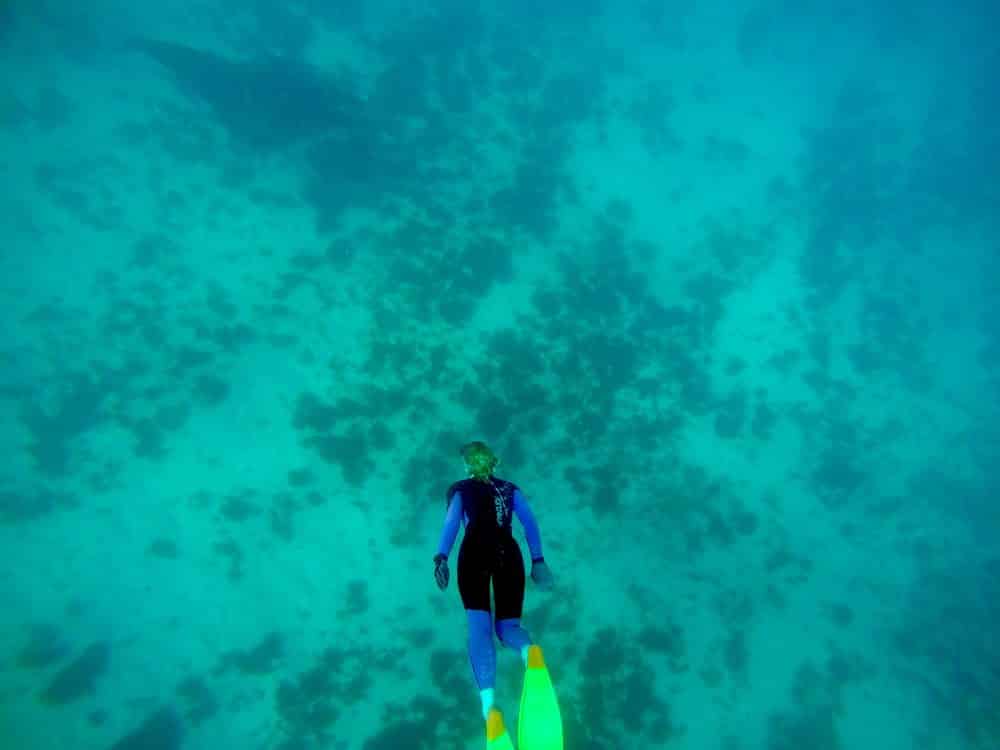 We had a great experience on our day out on the Ningaloo Reef during the Marine Ecotour. It’s a day full of action, we left at 8 am and arrived back at 2 pm, and the highlight of the tour definitely is swimming with a manta ray. In total there are three places where we snorkeled and we also saw turtles, dolphins, sharks and different types of coral.

Wetsuits and boarding the eco-tour vessel

When we arrived first thing in the morning for the tour, we were greeted by Heather, one of the crewmembers, with our wet suits. She drove us in their old renovated schoolbus to the little harbor where we boarded the eco-tour vessel Kurni-Ku together with a small intimate group. Because of the wind it was quite chilly to be cruising on the water, so we were a bit anxious to actually get into the water. The first snorkel session quickly proved that once you are in the water it is not so cold. And how incredibly clear the Ningaloo Reef is!

We encountered lots of corals and we did see some fish, but we were not so lucky as two other guests who spotted a turtle. We were relieved that it was not cold to be in the water, however, when you get back on the boat it was freezing! The crewmembers came to our rescue and gave us tea, coffee or hot choco and a little snack to warm up. The highlight of the day was quickly approached: we went cruising with manta rays!

Coral Bay Ecotours have a spotter plane that looks for the manta rays. If they spot one they would radio Matty, the captain, so he knew where to go. We all had to sit at the end of the boat, ready to jump in, until Matty told us where the manta ray was. Guillem, another crewmember, would then jump into the water and call us in if there certainly a manta ray. It was quite funny actually. It happened twice that the spotter plane thought to see a manta ray, but it was actually just big corals in the shape of manta rays. It really showed that it is quite a challenge to find one. It could always be the case that they don’t find a manta ray at all, but they told us that there is a 99% chance that they will find one.

Swimming with the Manta Rays at the Ningaloo Reef

Finally and fortunately for us, they indeed did find one, and we quickly jumped in and followed Guillem, who was already swimming near the manta ray. And there she was, gracefully moving forward, and definitely the biggest fish we ever saw. Manta rays can measure between two and four meters from wing tip to wing tip.

It was a female manta ray that we encountered, and our group swam behind her for quite a while. It was a challenge, as manta rays can swim very fast, up to 70 km/hour to be exact. So even though she was cruising elegantly and relaxed, for us it was quite the work out! She was also a bit curious about her visitors, as she decided to stop and take a quick look at us. This made it easy for us to see her from the front as well. It was great that she wasn’t scared at all and looking for a bit interaction. 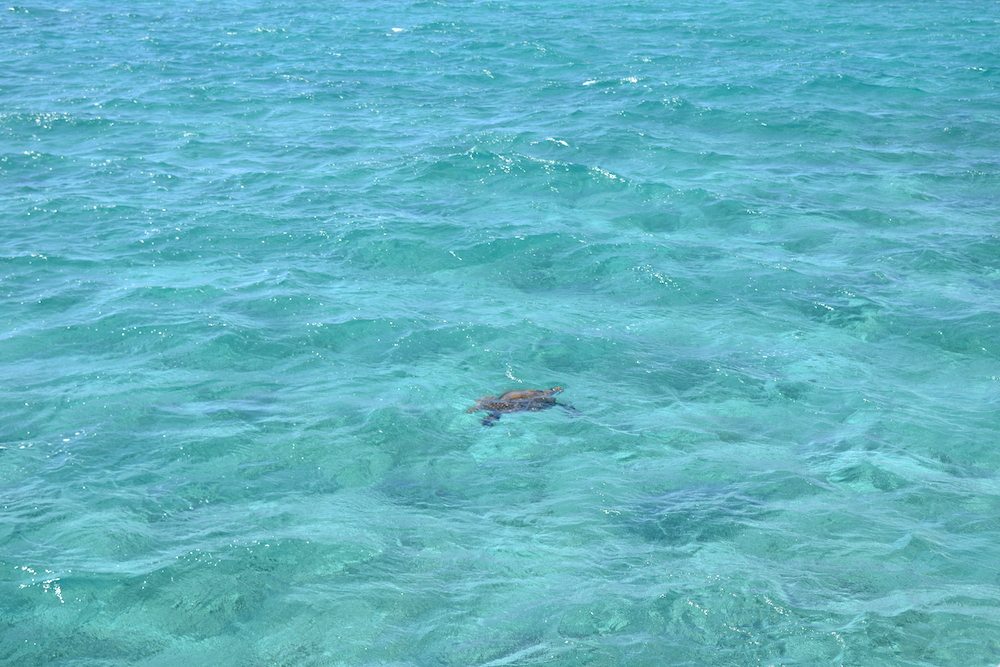 After this intensive swim we went back on board. Immediately we were offered a tasty buffet lunch to give us some more fuel for our final trip. We could warm up a bit while we were cruising on the turquoise waters. In the mean while, we went to the feeding station for turtles. We have never seen so many turtles before. They all came up to the surface one by one to get some air and then back to their lunch again. It is not as much fun as actually swimming with a turtle, as you are more a spectator. But it was so cute seeing all those little heads popping up from the water.

Our last snorkel was at a cleaning station, which is a specific place in the reef where reef-dwelling cleaner fish live. Reef-dwelling cleaner fish literally clean large marine animals, such as rays, sharks and more. We were lucky as there were about four sharks enjoying a good scrub. On top of everything, we also encountered three dolphins that swam a bit with our boat! 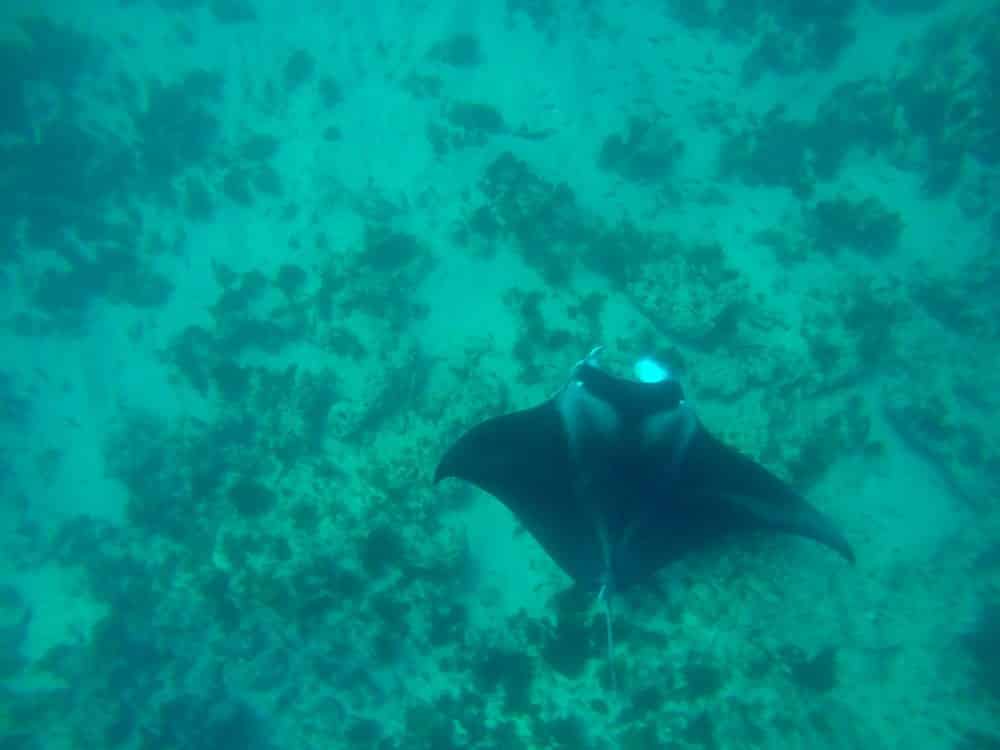 Can Manta Rays harm you?

When we posted this image of the manta ray on our Instagram, some people asked us whether it was scary for us two swim with her. Our heart might skipped a beat when the manta ray suddenly decided to turn around and look at us. But we knew that they are not dangerous for humans. Manta rays do not possess a stinging barb and they eat the smallest preys. They can be quite impressive, because of their big size. Of course, because of their size and speed it would not be very smart to provoke them.

Do we recommend Coral Bay Ecotours? 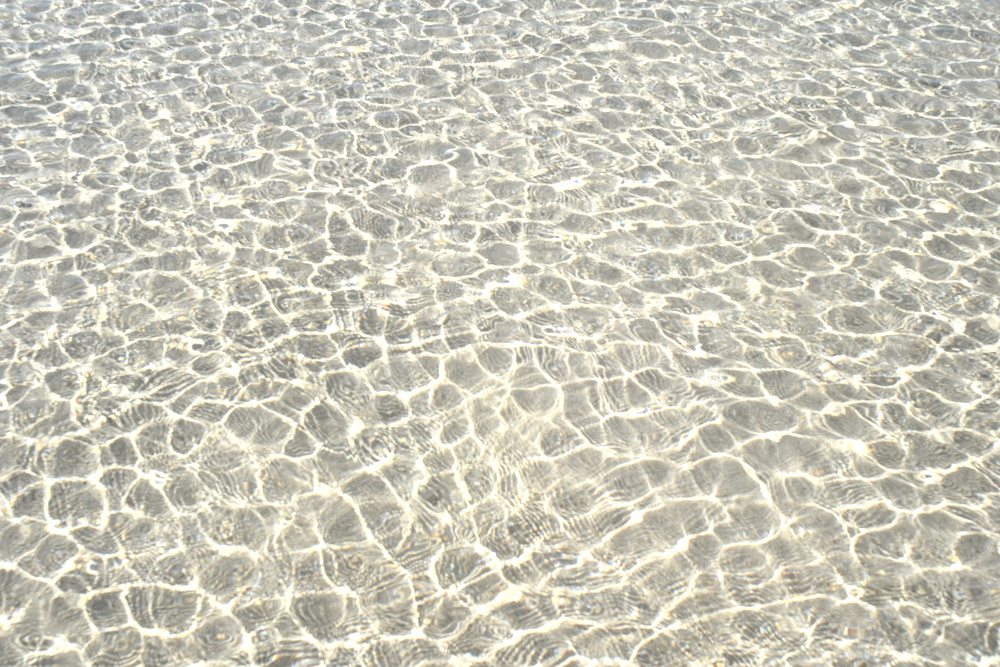 If you get the chance, definitely go to Coral Bay. It is really one of those places that look exactly like the photo in the travel magazines. The beach is one of the most beautiful one we ever saw with the perfect white sands and clear waters. What we really appreciated was that it was such a small cosy town with some great local restaurants. Ningaloo Reef is gorgeous and we would recommend going on a tour to see more of the sea life. Coral Bay ecotours was a great pick. Friendly staff, great food and they really know where to find manta rays.

We are already excited for our next under water adventure! Where has your best snorkel or scuba adventure taken place?