Outback Diaries: Over a Month in the Outback! 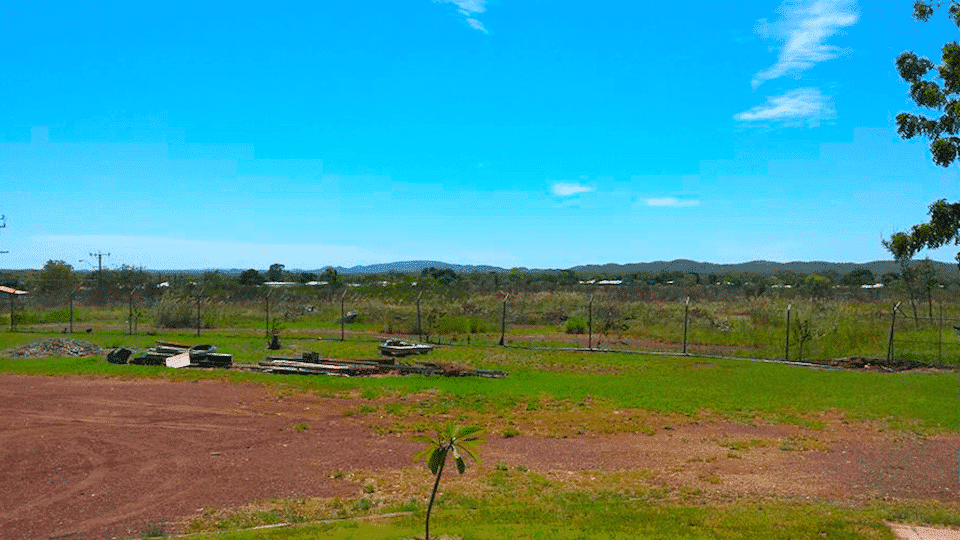 Already over a month in the Kimberley Region (in the outback) and we’re still alive and kicking. Although there is not much to do, as we currently live so remote, we still experience a lot of new things almost every day. The reason for this is because the life here is quite different from what we are used to in many ways. Time is going by fast, mostly because we work a lot of hours almost every day. And although our shifts of work are getting more and more the same each day, our surroundings are not familiar yet and we do get our surprises. It hasn’t been the easiest part of our world trip so far, but our experience here is probably one we’ll never forget.

Break-ins at our hotel

Unfortunately we’ve had quite a few break-ins at the hotel. Around two weeks ago it was in the middle of the night when someone knocked at our door. I told Jeffrey to ignore it, because I was afraid it was our manager getting us for work or something. Eventually Jeffrey did get up, because our manager wouldn’t leave. Later I learned that a group of six had broken into our car by smashing down the window. They just wanted Jeffrey to go with our duty manager to look around the property, making sure the robbers were gone. Luckily, there was not much of our possessions left in our car, so there was not much for the robbers to take. However, Jeffrey did leave his sneakers in the car, and they did take them and left them outside of the gate – sprayed red. Weird, huh? Our skateboards and surfboard were also left next to the car. They also sprayed some of the cameras around the hotel property, probably because they were planning on getting back another night.
This week I’ve learned from a guest at the bar that there was also a robbery at a local home, and that the robbers sprayed “fuck the police” in red on the building. And, last night there was another robbery at the hotel. Probably the same group who smashed our car window broke into a little window at the bar, took a lot of alcohol and ran over the roof of the hotel to get away. Today the police arrested two guys who are most likely part of the group.
The funny thing is that even though there are quite some robberies here, I do feel save. Of course, I hope they won’t ever break into our room and take all our valuables! But from what I’ve noticed, and from what I’ve heard, the robberies so far are only focused on getting alcohol.

“Wild life” in the Kimberley Region

We’ve already seen a lot of awesome wildlife in Australia, such as kangaroos, turtles, koalas, dolphins and so on. Here, we mostly see bugs and reptiles. One thing that’s important to know here is that if you come across a snake, it’s most certainly poisonous. Luckily, neither me nor Jeffrey encountered a snake here yet.
The other day I did see a blue-tongued lizard in the corner of the saloon bar when I was closing up for the afternoon – don’t worry, they’re not dangerous. So, I let the security guy know and he told me that he would take care of it the next day. I didn’t look back at the little guy anymore, and didn’t think about him the minute I was done with my shift. But, that night when I was working my night shift, I went in the fridge and I stepped on something gooey. When I looked, I saw the blue-tongued lizard again. Poor guy! Luckily he survived, but he was pissed and kept sticking out his tongue to me. This time the security guard took him outside immediately.

We have our own room in this hotel, with a television, fridge, shower and toilet. Which is great. We’ve heard about a lot of backpackers who work in hostels and have to share a room with at least two others. We too have to share our room with others, not with humans, but with about four spiders. We have two spiders who never move from the ceiling in the toilet, and another two that stick around in the shower. The other day I saw one spider climbing up in the sink, but I consider him a guest and I think he has left now. As long as the spiders stay in one place, we are okay with it. When I go to the toilet, the first thing I do is check if the spiders are still in the corner of the ceiling. Until now, they’ve always been there. But if one day I walk in and they aren’t, I’ll just leave. Because who knows where they went.

Cane toads in the fridge

We also have cane toads in this region. Cane toads can get very big and can even weigh up to 1.8 kilogram. Behind their ears they have something called parotoid gland, which makes their head look swollen, and it’s used for defense against predators. The parotoid gland produces milky toxic poison that is dangerous. The poison primarily affects the functioning of the heart. For us mortal humans it’s usually not fatal, but it’s painful. Cane toads are also on the area of the hotel we work in. The other night when I was clearing up the sports bar after working, the security guard asked me to come outside, because he wanted to show me something. He had a garbage bag in his hand and in this garbage bag he had a cane toad. “Have you ever seen one?” He asked me. I told him “no”, so he took the cane toad out, but made sure he didn’t touch it himself; he hold it with the garbage bag around his hands. All I saw was a big toad. The security guard showed me how I can recognize a cane toad from a regular toad.
“What are you going to do with him?” I asked him.
“I’m going to put him in the fridge, where he will slowly die.”
“That’s pretty sad.”
“It’s actually a very peaceful death, he’ll just fall asleep and never wake up again.” He closed up the garbage bag again and the toad was jumping around, trying to get out of the bag. “Oh, and I do this with snakes as well. So if you ever see a plastic bag in the big fridge, don’t open it. It’s either a poisonous snake or a cane toad.”

The first week here was probably the hardest part of our trip. Suddenly we had to work again after months of complete freedom. Before we could go anywhere we wanted, and if we didn’t like it, we could just leave. Of course, we can leave this place if we aren’t happy about it. But for now it’s an investment into a happy future. Life can’t be all happiness and joy without a little sacrifice, at least not for everybody. And, it’s not all bad. We miss traveling, but now we don’t have to worry about our money running out. Our room is a lot bigger than our car, we don’t have to pack every single day, we can take a dip in the big swimming pool and we never have to cook for ourself. The chef of the hotel prepares the meals for us.

Check out some of the images from the Kimberley Region in the outback.

Palmtrees and the blue sky. 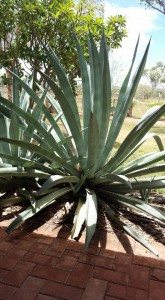 These are everywhere, love it! 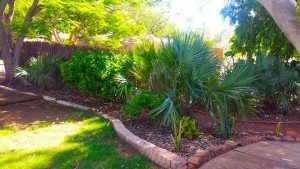 More plants, just plants and a lot of nothing.

In our previous post you can read about our first week in the outback. We’ll stay in the outback for a few months, so through our blog we’ll try to keep you updated on our experiences.