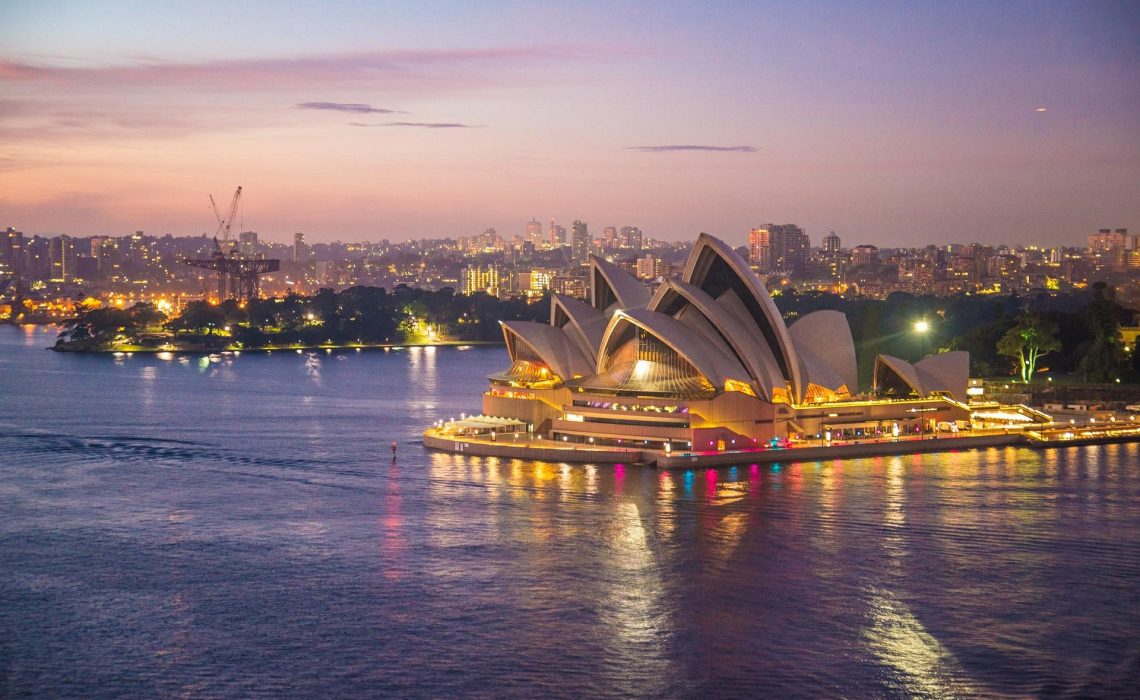 Do you just have one day in Sydney? There are a lot of highlights in Sydney, making it hard to decide what to do in just 24 hours. Of course you have the Sydney Opera House, Harbour Bridge, Bondi Beach, The Botanical Garden, Sydney Tower, Darling Harbour, The Bondi to Cogee Coastal walk and Manly Beach… Just to name a few of the top things to do in this Australian city. Luckily it’s definitely possible to do some of the top things in Sydney in just one day. During our visit in Sydney there was a tornado on the third day that we were there. So even though we had three days, there was just one day in Sydney that we really did some sight seeing. In this post I share some of Sydney’s top things to do and an itinerary for your short time in Sydney, Australia. Furthermore, in this post you can find useful information for Sydney, such as what the best time is to visit Sydney and 10 interesting facts about Sydney..

Be sure to check out our article with 52 Reasons to visit Australia at least once in your life.

Guide to one day in Sydney

Below we share information for your visit to Sydney! The best time to visit Sydney, 10 interesting facts about Sydney and of course, the top things to do in Sydney in just one day.

What is the best time to visit Sydney

The best time to visit Sydney in Australia are September through November and from March to May. During these months Sydney offers comfortable warm temperatures. But, weather wise it would be fine to visit Sydney almost any month. The sun shines almost every day in the year. The weather can also be quite unpredictable in Sydney…

As we mentioned before, there was actually a storm while we were there. Then the next day it was sunny again!

1. Sydney is not the capital city of Australia

2. Sydney is Australia’s most populous city and is internationally famous

3. Sydney is one of the largest cities by land size

4. Approximately 250 languages are spoken in Sydney

English is the main language in Sydney, but a lot of people in Sydney also speak Chinese and Arabic. Other languages that are quite common in Sydney are Chinese, Greek and Vietnamese. In total there are 250 languages that can be heard in the city.

5. Sydney is one of the world’s most multicultural cities

It’s not strange that so many different languages are popular in Sydney: 40% of the population is from overseas. The population include the UK, Vietnam, the Philippines and Italy.

6. In Sydney you can get food from any country

Because of Sydney is so multicultural, you can get delicious food from any national cuisine!

7. Sydney was number 11 on world’s most liveable city survey

In 2017, Sydney was placed on number 11 of World’s Most Liveable Cities in the Economist Intelligence Unit’s Global Liveability Report. On number one was Melbourne!

8. The first landing of the British First Fleet was in Sydney

Australia Day is celebrated on 26th of January. During this national day of Australia, they celebrate the day of the first landing the First Fleet of British ships in Sydney on 26 January 1788.

Sydney is also referred to as Sin City because of it’s convict past. The people that arrived on the ships in 1788 were actually the British sending their prisoners to the city and left them there as punishment.

10. There are over 3.5 million international visitors in Sydney each year

Sydney is a very popular destination for tourists. Each year over 3.5 million international tourists come to Australia to visit Sydney.

One day in Sydney itinerary

My cousin has lived in Sydney a few years back and she was in Sydney when we were there too. So, it made sense that she was the perfect guide to show us around in this incredible city. We actually only spent one productive day in Sydney, because of the storm. You may or may have not heard about it, but there was actually a tornado-like thing going on the third day we were there. We were outside, but luckily we took shelter in an open car garage, and were only bothered by some splatters from the huge rainstorm that transformed into a hailstorm.

On our only productive day in Sydney, we had a tour by my cousin and we actually saw most highlights of Sydney. If you only have a short time to spent in Sydney, than this is the perfect day in Sydney for you. We saw the Sydney Harbour Bridge, the Opera House, the Botanical Gardens, Darling Harbour and some amazing beaches during the Coogee to Bondi Walk. Be sure to start this day early, because it’s long!

1. From Coogee to Bondi Beach: the Coastal Walk

The first thing you do on your day is visiting some beaches!

The beaches in Sydney are absolutely gorgeous. In one walk you can see a lot of beautiful beaches, pools and some amazing coastal views. This Coogee to Bondi walk (or Bondi to Coogee walk, depends where you start) is six kilometers in total, stretching out from Coogee to Bondi. Be sure to bring your swim gear and sun lotion with you, as you can take some dips in the sea or lie down at the beach for a bit of tanning. Depending how long you take at each stop, the walk can take from two to five hours. You will see a lot of amazing places; Coogee Beach, Gordons Bay, Bronte Beach, Tamarama Beach and of course Bondi Beach. Once you’re at Bondi Beach, get an ice cream or something else to eat and drink, and relax for a bit after your long walk. After that, take the bus/taxi to the city center: to the Sydney Harbour Bridge and Sydney Opera House.

2. The Sydney Harbour Bridge and the Sydney Opera House 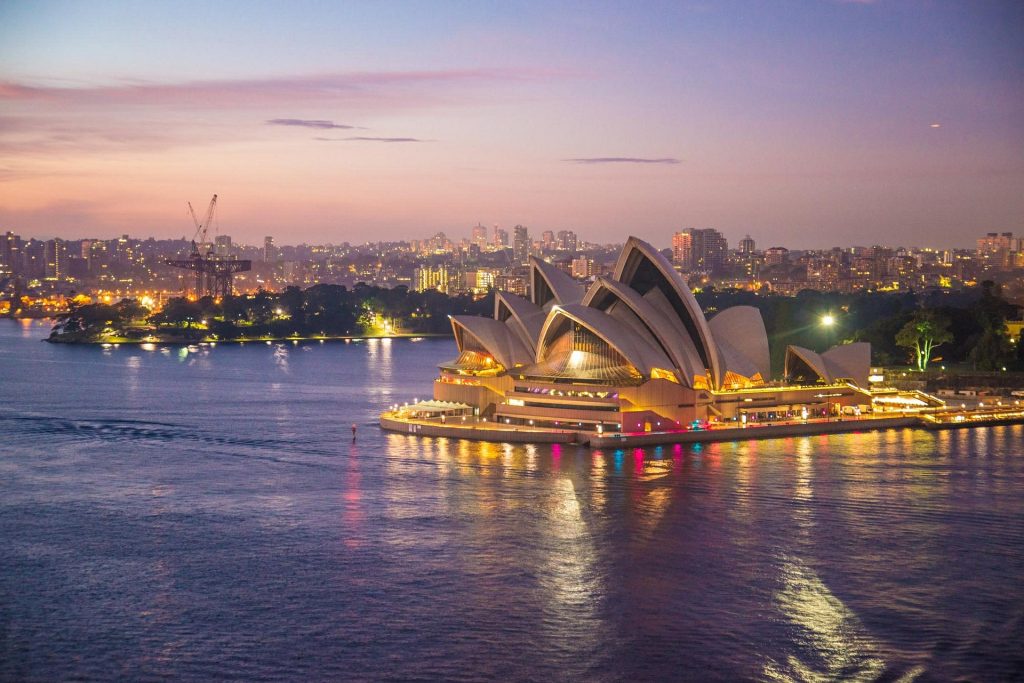 Luckily, the Sydney Harbour Bridge and the Sydney Opera House are next to each other, making it easy to visit them both in a day. The Sydney Opera House is probably the most recognizable building of Sydney, with its unusual shape and architecture. From the Opera House you get a good view of the bridge, so you can shoot some great pictures. From here you can walk to the Botanical Gardens, where you’ll get the two icons next to each other in a picture. In the Botanical Gardens you can relax and take the view in, or wander around the gardens for some fresh air of nature in the big city. 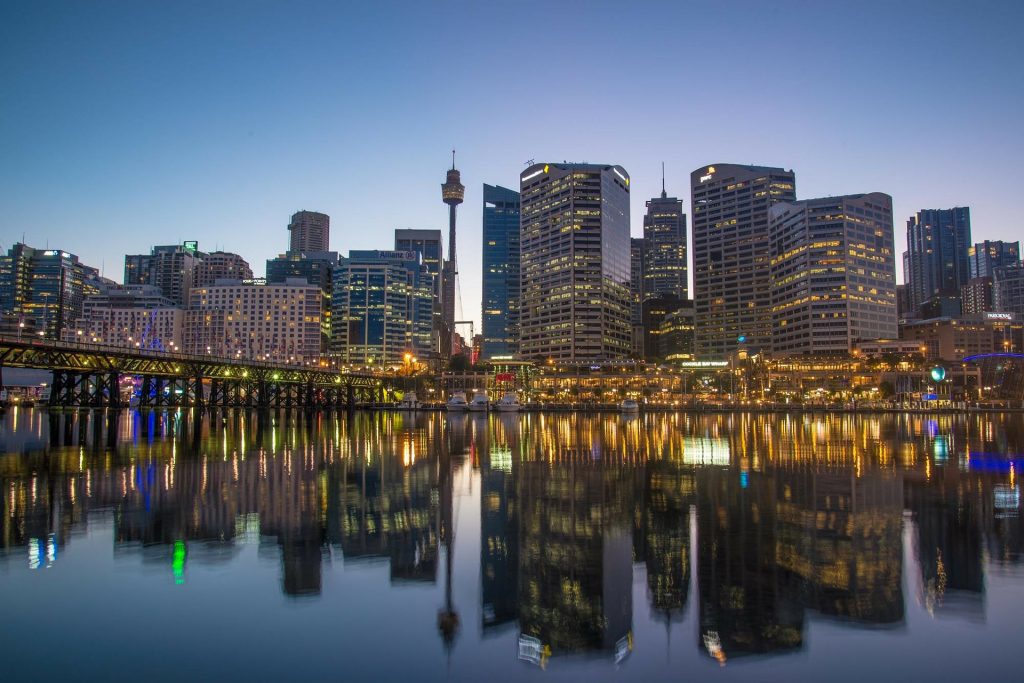 After this long walk, you probably need some rest first. Depending what time you started, you’ll have some time to relax at your accommodation before hitting the Darling Harbour for dinner. The best time to go is when it’s dark, because all the lights will go on, which gives a lovely view. If you love entertainment parks, or perhaps you have a child who does, there is a luna park located here as well. At Darling Harbour you can sit down for a dinner, again with an incredible view. There is enough to choose from, and the menus are all displayed outside the restaurant, giving that extra holiday feeling and giving you a good view on what you can choose before you actually go in.

That were some of Sydney’s highlights in just one day! Have you ever been in Sydney? Let us know in the comments! 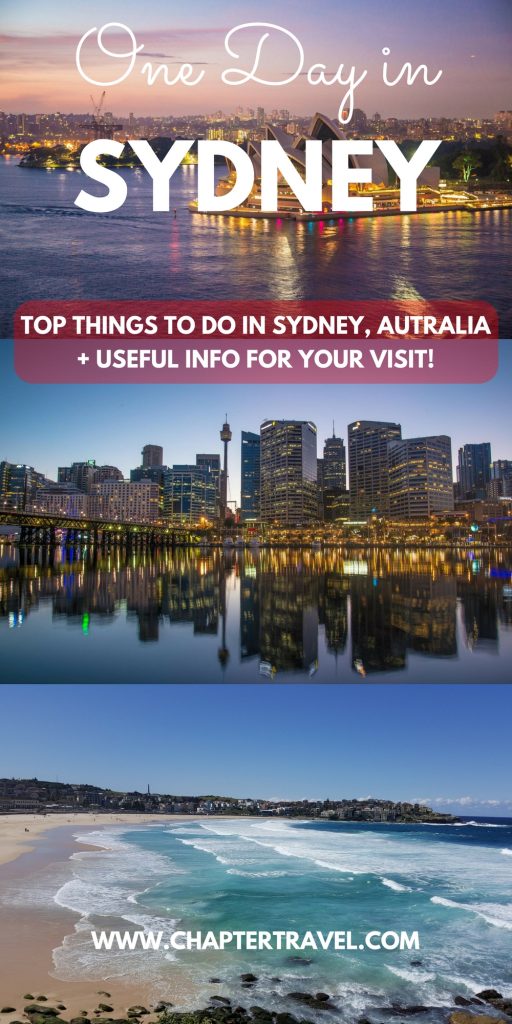