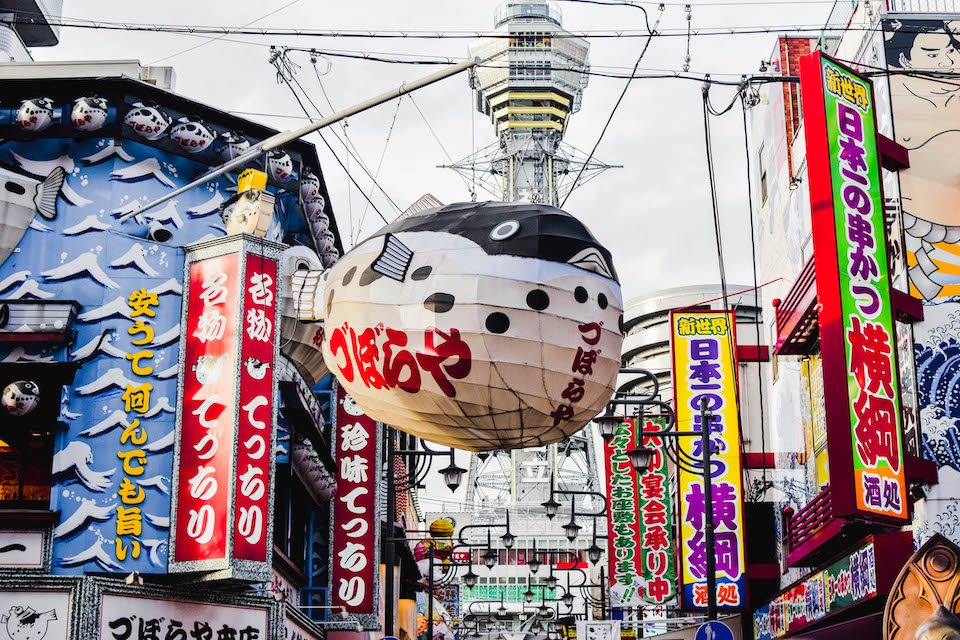 Are you still not sure why you should visit Japan at least once in your life? In this post you can find 30 reasons to visit Japan! It’s one of our favourite destinations in Asia. Probably because it has the perfect mix of culture, history and modern comfort. And lets not forget the amazing food they have! Japan is a unique country, and even though you might have an image of how it will be, this beautiful country will definitely still surprise you!

Below you can read 30 reasons why you should visit Japan. If you’ve been persuaded already, be sure to check our other articles of Japan and keep your eyes peeled for more on this blog! 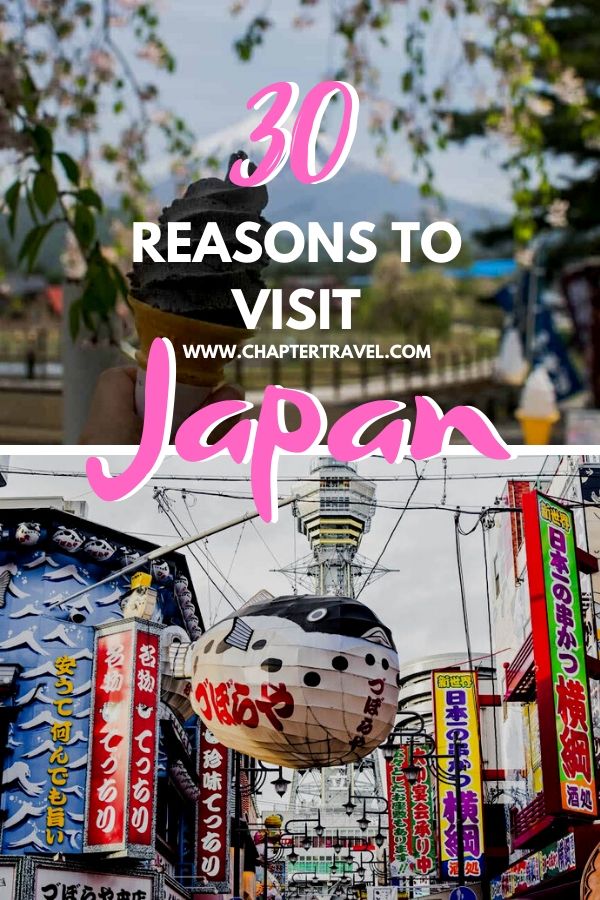 30 Reasons to visit Japan at least once in your life

1. Japan has some of the most beautiful places 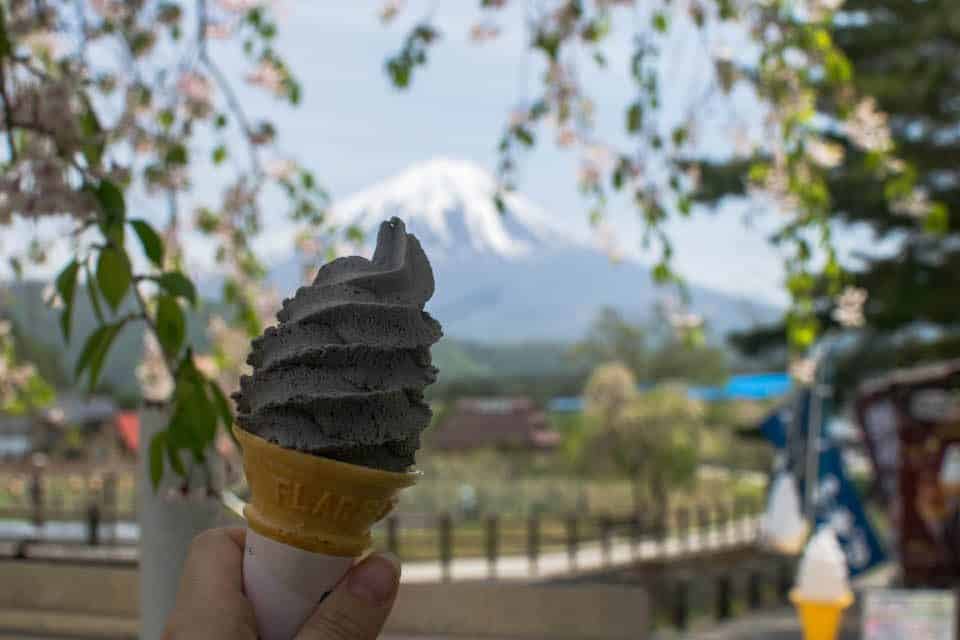 Japan offers a lot of beautiful places. There are a lot of popular and unique, of the beaten track destinations that you should include in your itinerary. This means there is so much to explore and there really is something for anybody! From nature, such as beautiful blue ponds, waterfalls and bamboo forests to culture, with amazing temples and shrines.

Read more of our Japan blogs!
25 Most Beautiful Places in Japan to include in your itinerary
A Day Trip to Mount Fuji from Tokyo
8 Fun things to do in Osaka

2. Japan is a very safe country 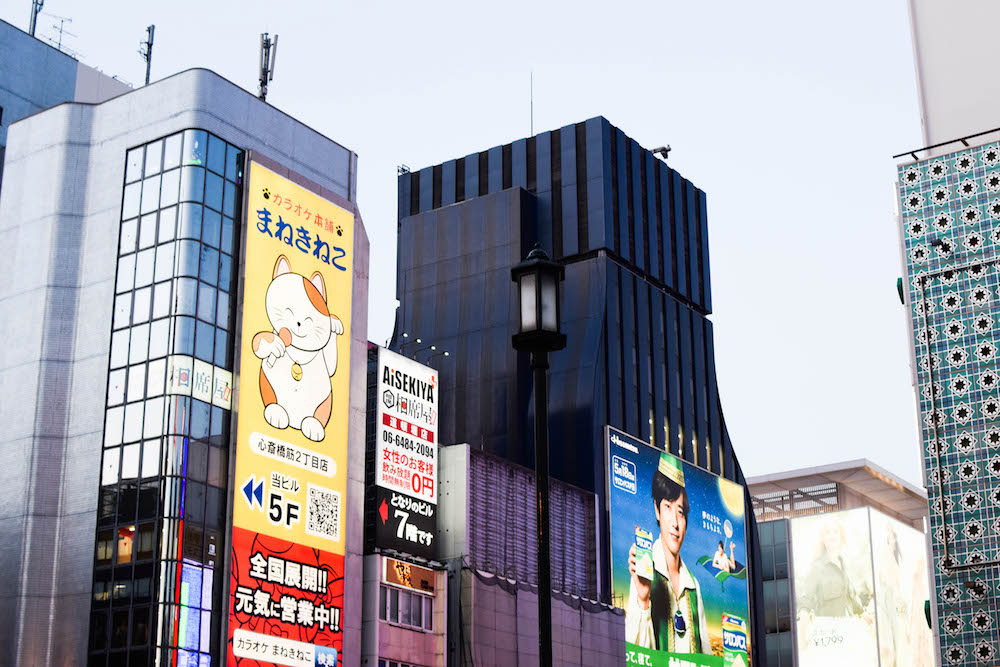 Japan is one of the safest countries to travel in the world. According to Worldatlas.com, Japan was in the top 10 of the World’s Safest Countries in 2017. What makes Japan so safe? For one thing, Japan puts a strong focus on crime prevention, with measurements such as ATM’s inside buildings or banks and the fact that firearms aren’t readily available.

During our time in Japan we also felt incredibly safe and didn’t have any problems whatsoever.

3. There is a lot of history to discover in Japan 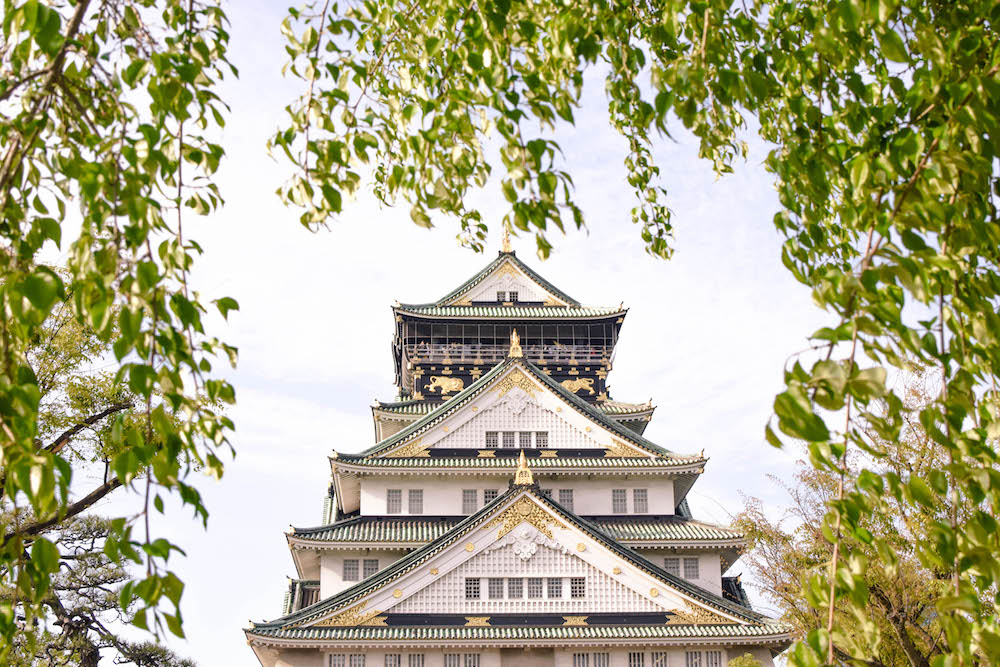 The ancient Japanese culture is really interesting, and it has been around for thousands of years. Even now the culture and heritage is very prominent in the country. During your visit in Japan you can learn a lot about the history by visiting castles, temples, shrines and more. Especially Kyoto is a perfect destination if you want to experience the ancient Japanese culture.

4. There are countless of beautiful temples and shrines in Japan 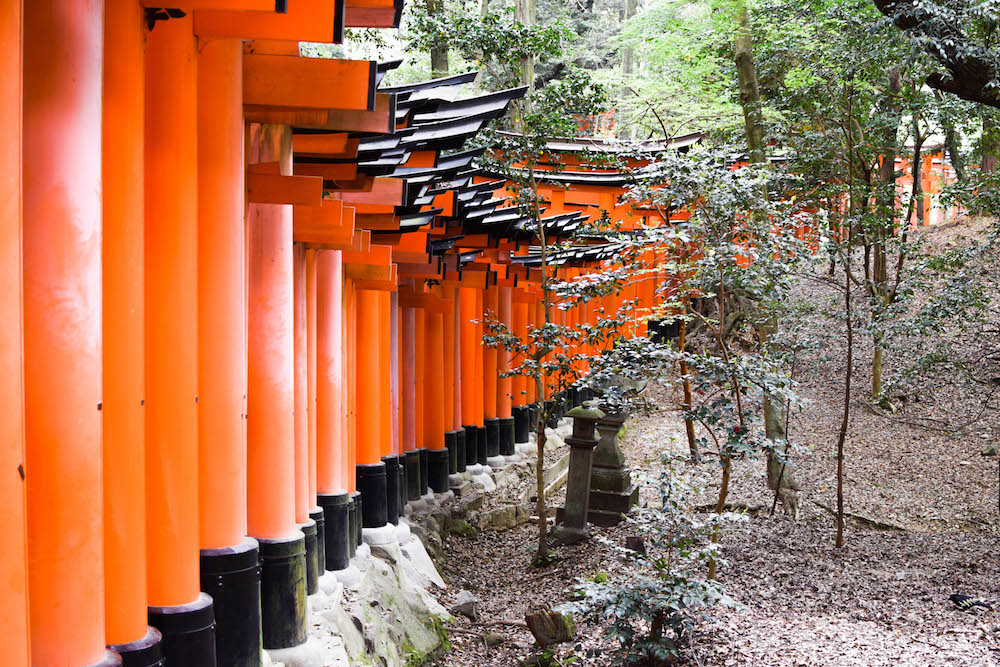 Japan offers countless of beautiful Buddhist temples and Shinto shrines throughout the country. The above photo was taken at the Fushimi Inari shrine and is a gorgeous spot in Kyoto. But also in Osaka, Tokyo, Mount Fuji and almost every city and town in Japan you can find temples and shrines that are worth a visit. 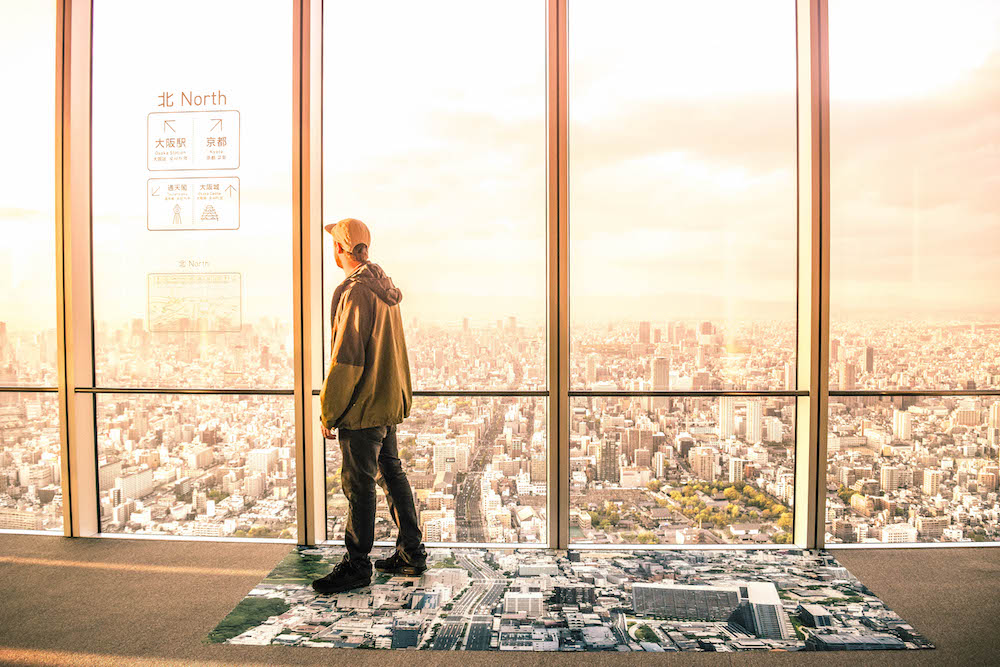 Like I’ve mentioned before, Japan is a perfect mix culture, history and modern comfort. There are skyscrapers, modern restaurants and everything else you can come across in the modern world. But, Japan does have it’s own unique, modern style and can’t be compared with any other modern country. 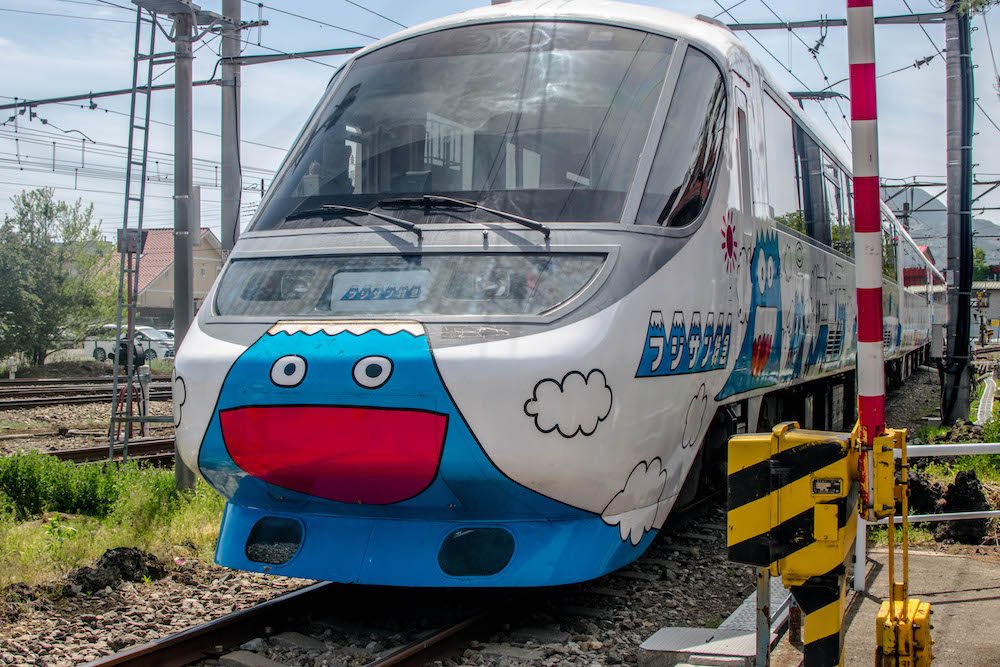 The public transport in Japan is very efficient! It’s so easy to travel from one destination to another in this country. In just a few days time you can see a lot! Plus, the trains in Japan are super punctual. It’s almost not possible for them to have a delay.

7. Japan is a super clean country 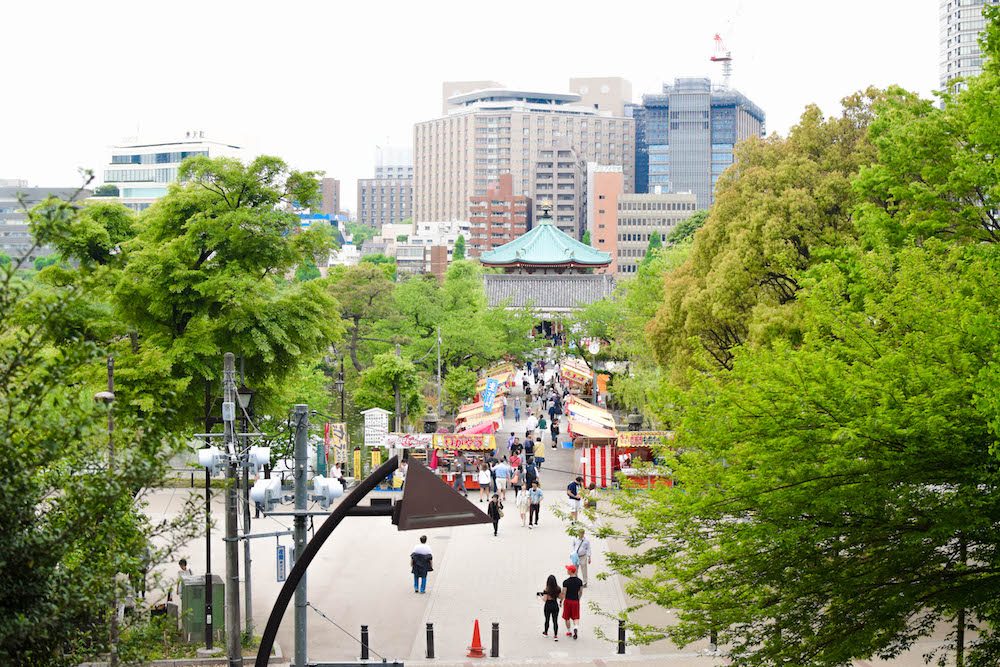 Everything in Japan is super, super clean. You’ll never find any litter on the streets anywhere for that matter. Every hotel and accommodation we stayed at always smelled rosy clean and every restaurant table is efficiently cleaned before we sit down.

8. Everything is so kawaii in Japan 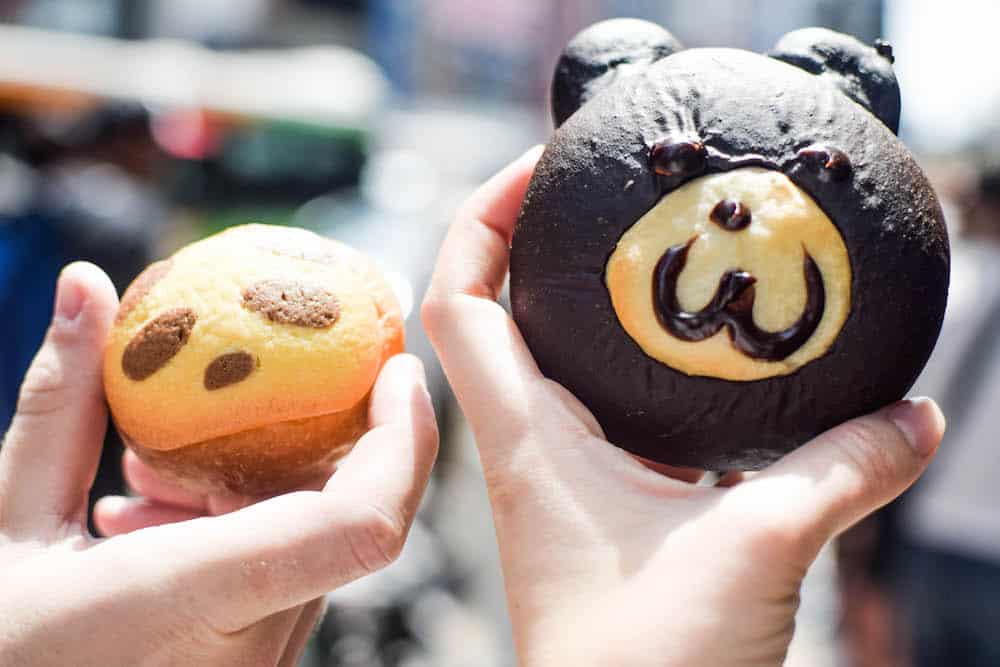 How can everything in Japan be so freakin’ cute?! You’ll be surprised to see the biggest companies having advertising with the most cute characters. It’s just part of the Japanese culture that everything should be adorable. If you’re a sucker for kawaii, then you just have to visit Japan!

9. Japan has some of the most amazing food 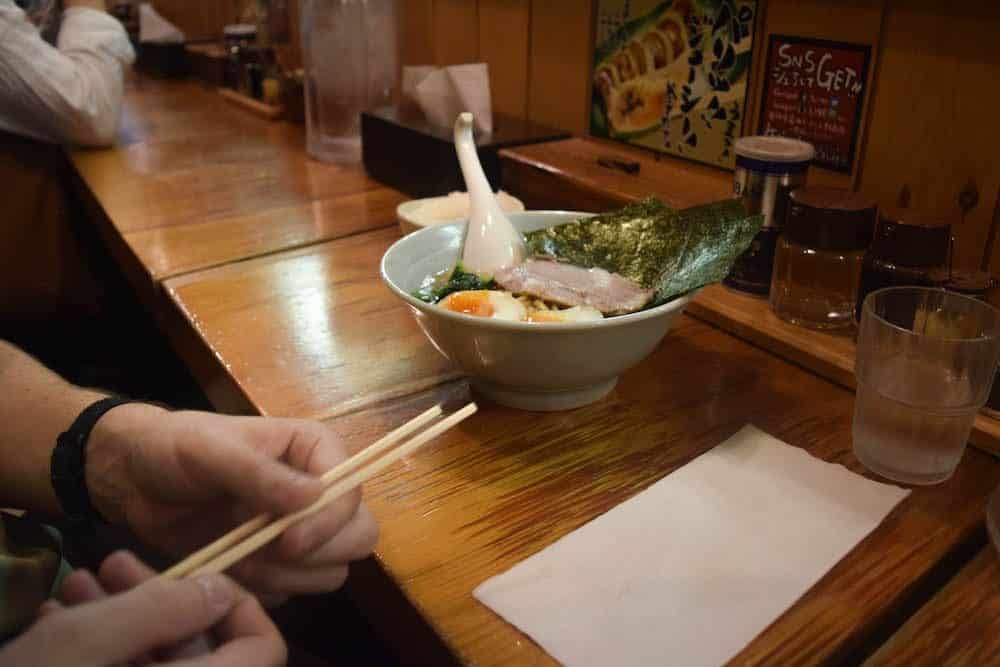 Japan has more amazing food than only ramen or sushi! For instance, try the Okonomiyaki pancakes, made with cabbage and topped with a variety of options. This can be anything from meat to seafood! Other food to try in Japan are Soba noodles, Yakiniku barbecue, Tempura, Sukiyaki, Yakitori and much, much more… 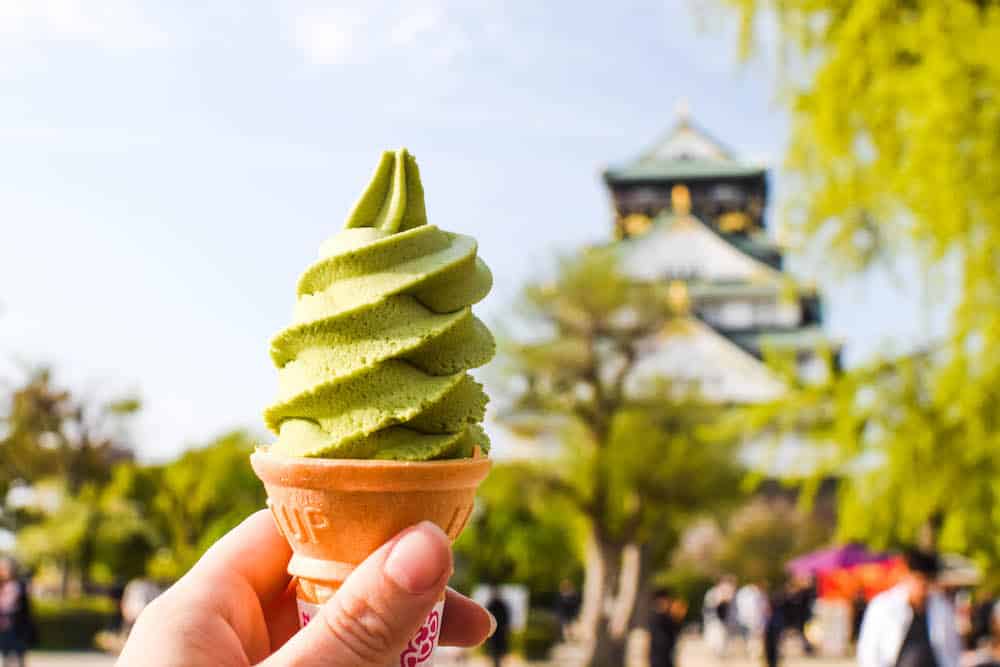 One thing we absolutely love is matcha-flavoured sweets. And in Japan you can really eat anything in matcha flavour: chocolate, cookies, ice-cream and even in burgers. For those of you that don’t know: matcha is green tea, made from the finest tea leafs. The leafs are steamed, dried and made into a powder. It’s super healthy and delicious!

11. The KitKats in Japan come in countless of flavours 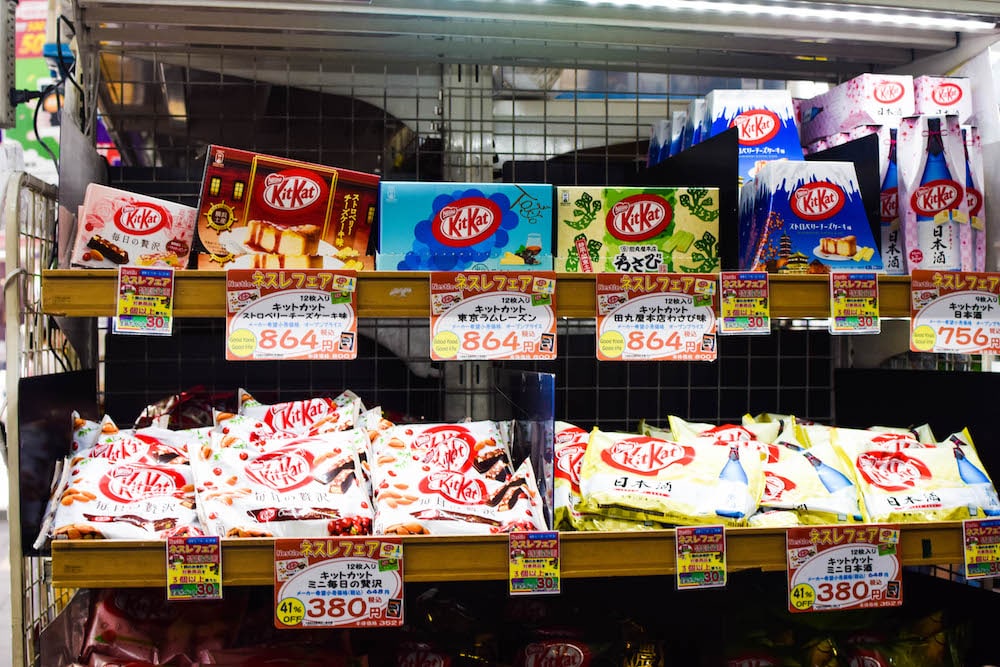 Lets keep talking about food a bit longer… Because, well, I love food and Japan is an excellent place for foodies. KitKats are available in all kinds of flavours in Japan. Strawberry, pear, citrus golden blend, cinnamon cookie, strawberry cheesecake, wasabi and many more! Yes, also matcha! Really try out some of those crazy flavours!

12. It’s easier to stick to your budget in Japan than you would think! 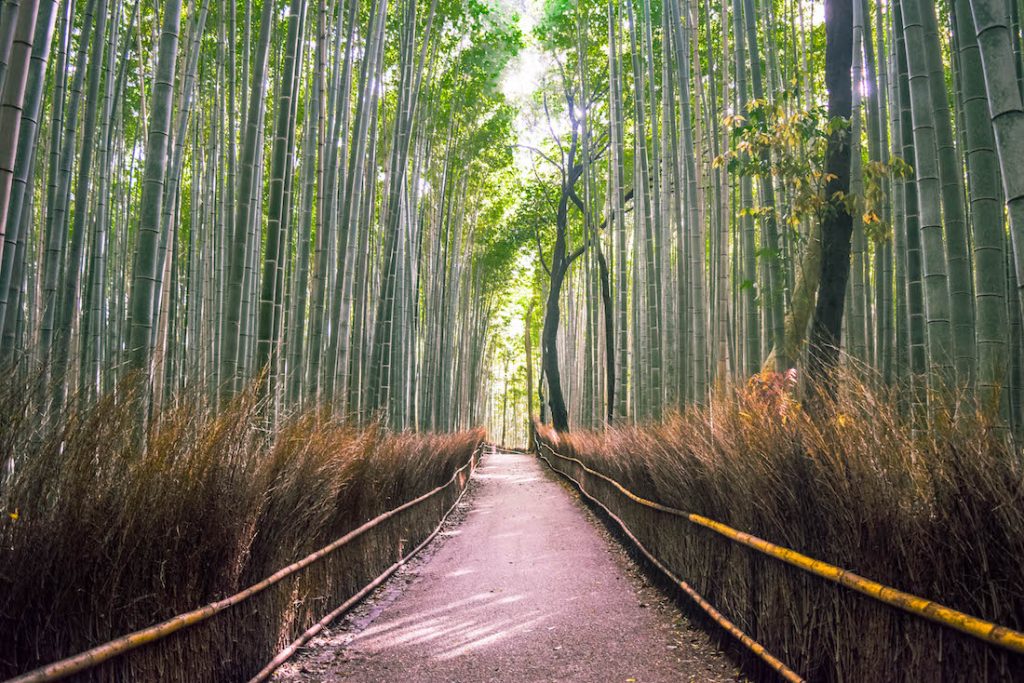 We expected Japan to be very expensive and compared to most Asian countries, it is. Luckily, we still found that Japan can easily be explored on a budget! Of course, it really depends what your budget is… But we managed with a budget of approximately 30 euros per person a day. For accomodation, we stayed in an Airbnb, mostly ate a lot of ramen (and even sushi!) and still did a lot of activities. Many touristic attractions in Japan are free!

We found the transport in Japan to be the most expensive. We eventually decided to travel by train and always looked for the most affordable train ticket.

13. There is definitely a weird, but cool, side to Japan 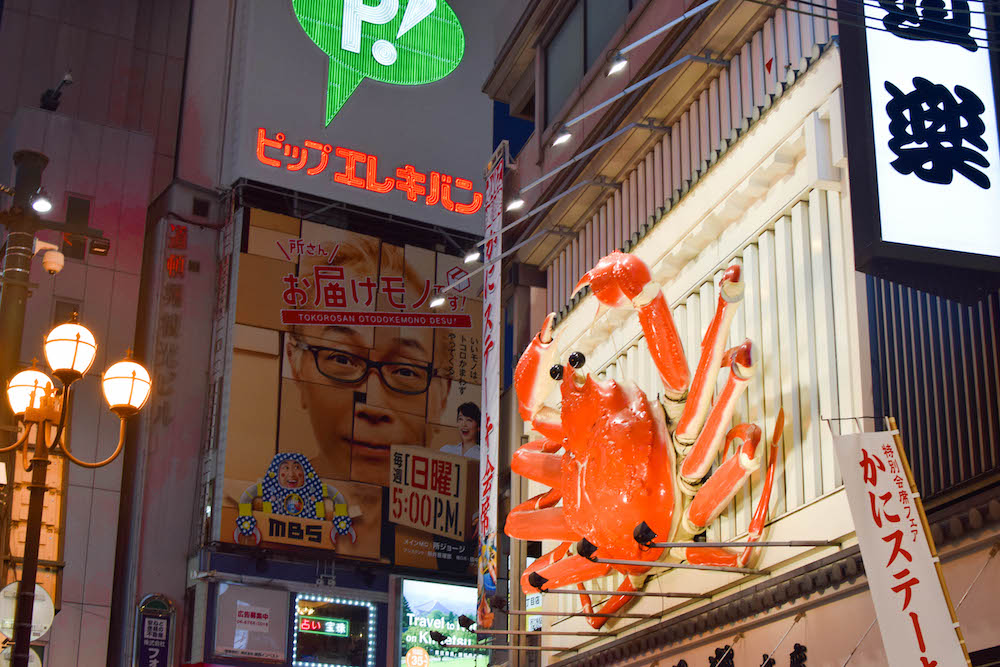 To us Japan was a bit weird at times. We can’t ignore the fact that it’s a bit different than, let’s say, Western Europe. All those big blown up signs and other 3D models in the streets, maid cafes and grown ups in game halls. But all this actually makes Japan so cool! 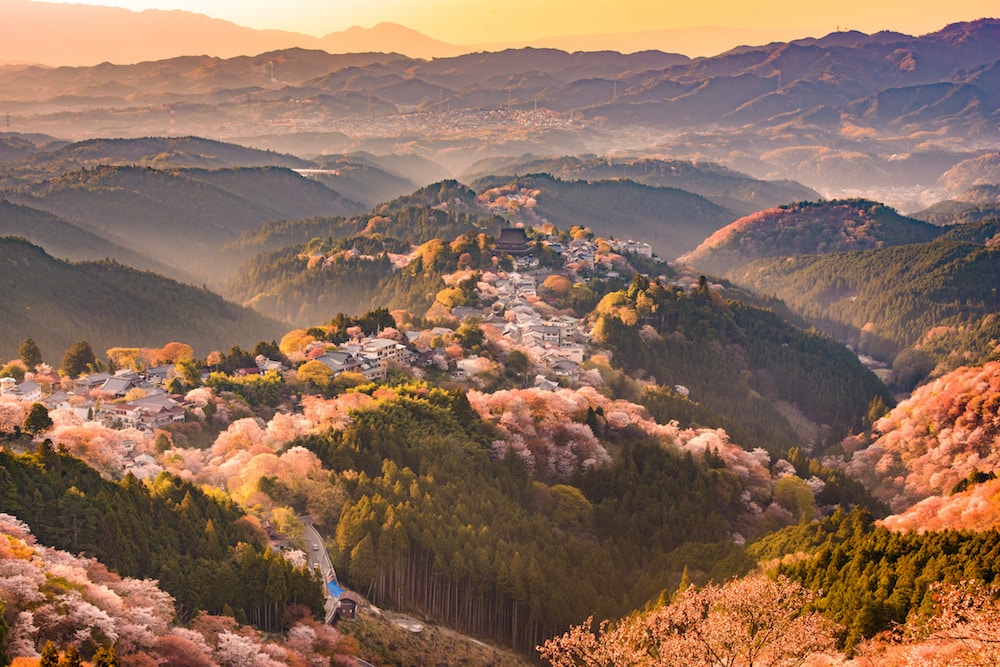 One of the most popular times to visit Japan is during spring. This is, of course, because of the amazing pink cherry blossoms that cover the streets. But not only the trees start to blossom when spring approaches, everything else in Japan turns into “sakura” mode. Think fake cherry blossom flowers in stores, cherry blossom drinks and even food.

15. You can enjoy nature in Japan 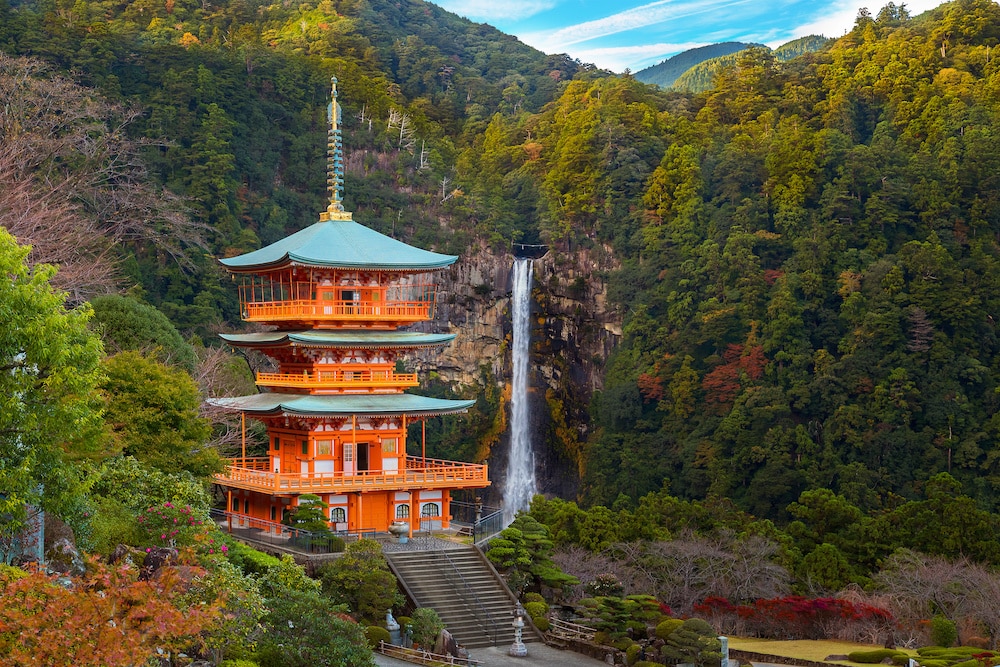 Although Japan has big, heavily urbanised cities such as Tokyo, Kyoto and Osaka, there is also a lot of nature to explore. In fact, two thirds of Japan is actually covered by forested mountains and hills! But in Japan you also have waterfalls, volcanoes, mountains and more. 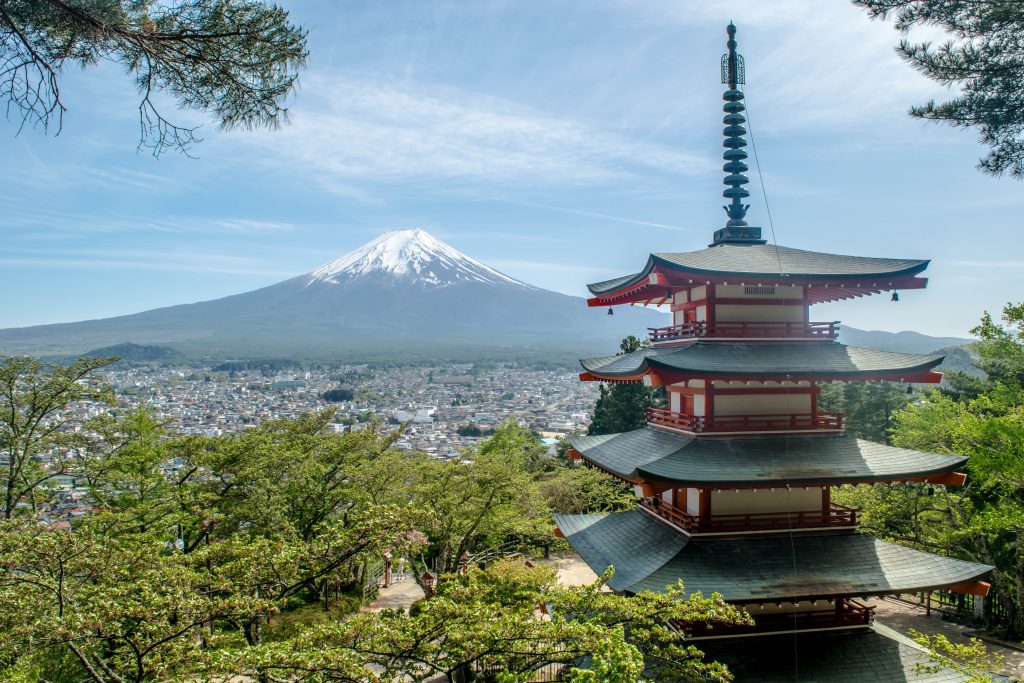 One of our favourite places in Japan is Mount Fuji. It’s such an iconic landmark and an Cultural Site on the UNESCO’s World Heritage List. It’s possible to enjoy the beauty of Mount Fuji from different places, and you can also climb Mount Fuji.

17. Japan has some of the most amazing architecture 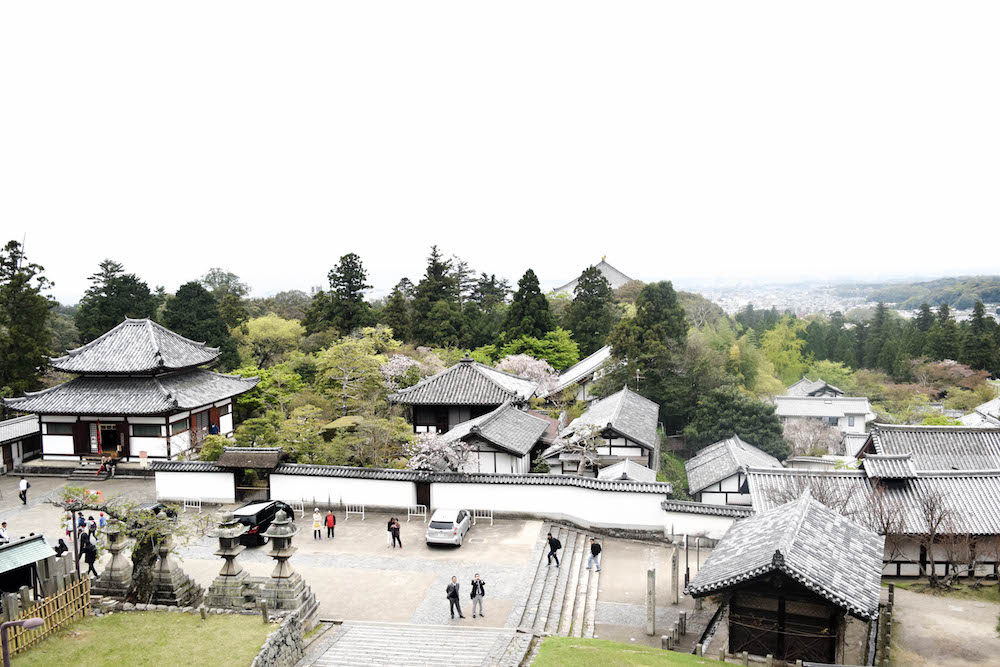 Are you a sucker for architecture? Well, in Japan you can find beautiful architecture. Especially the traditional Japanese style is unique and very aesthetically pleasing. You’ll definitely enjoy the castles, temples and shrines.

18. You can encounter beautiful wildlife 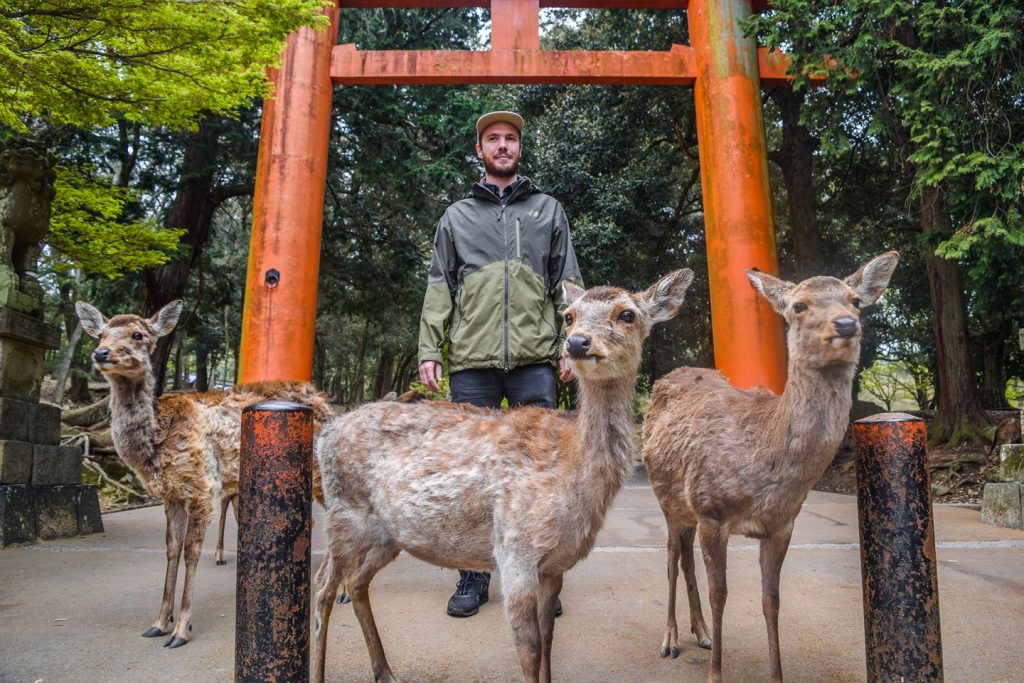 In Nara Park you can find deer roaming the streets freely and in the forest of Jigokudani valley you can find the Snow Monkeys. But there is a lot more wild life in Japan, such as tanuki (sort of raccoon), wild boars, squirrels and more!

19. In Japan you can feel like a kid in Disney World 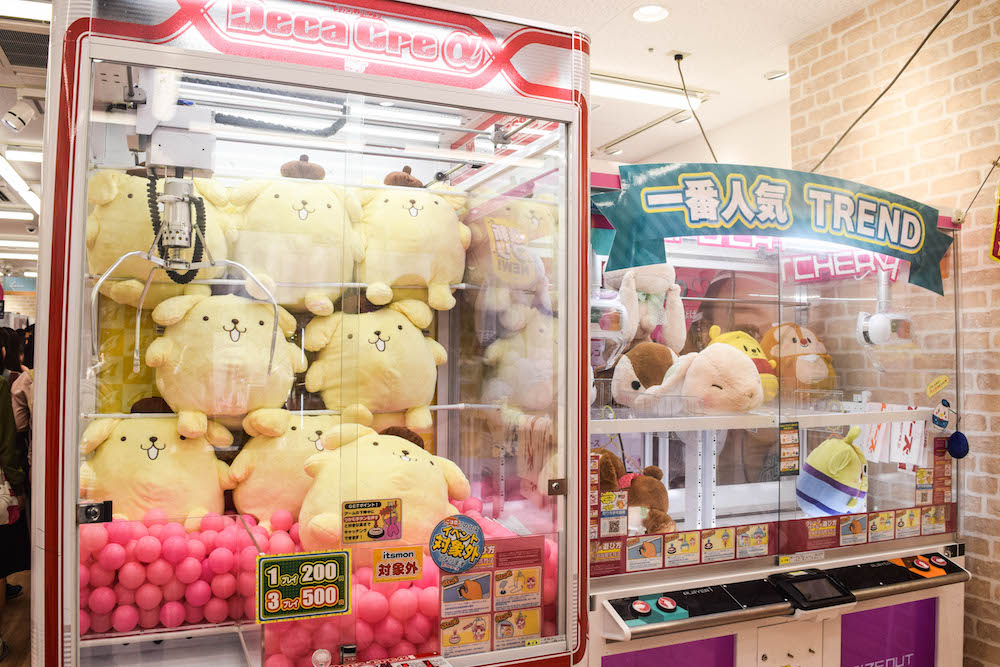 The last time I felt the same way as in Japan was when I was a little kid in Disney World. Not only are there toys everywhere, just walking around on the streets you won’t know where to look! There is something to see anywhere. One day we were walking around in Osaka and suddenly saw people driving around in Mario Kart cars on the streets. Adult people feeling like kids again!

20. Japan is perfect if you’re an anime lover… 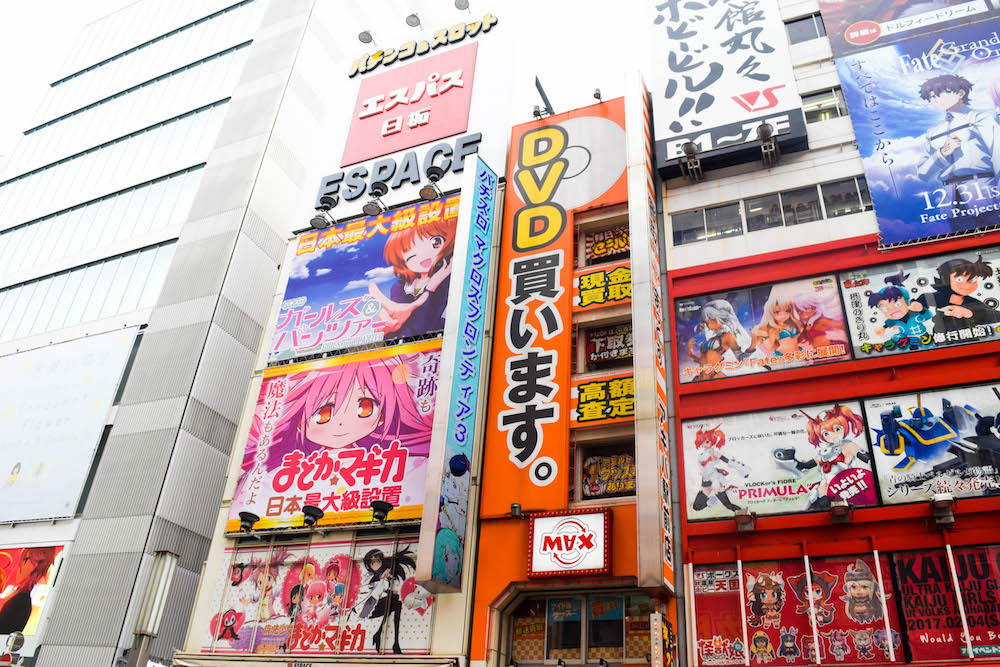 Book your ticket to Japan right now if you’re an anime fan. Japan is the birthplace of anime, manga and video games. Some of the best places to enjoy anime in Japan are the Tokyo Anime Center, Akihabara, J-World Tokyo and Pokémon Mega Center Tokyo. 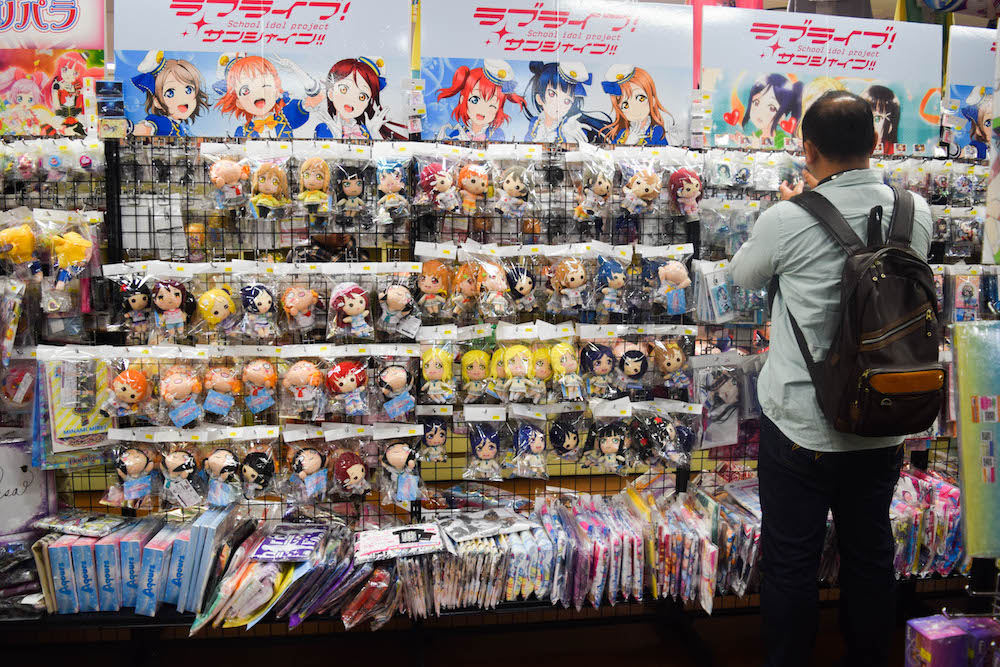 Don’t be embarrassed.. Just buy that Pokémon toy, no matter what age you are. Like I said before, Japan makes you feel like a kid again. Enjoy it!

22. You can play videogames in cool game arcades in Japan 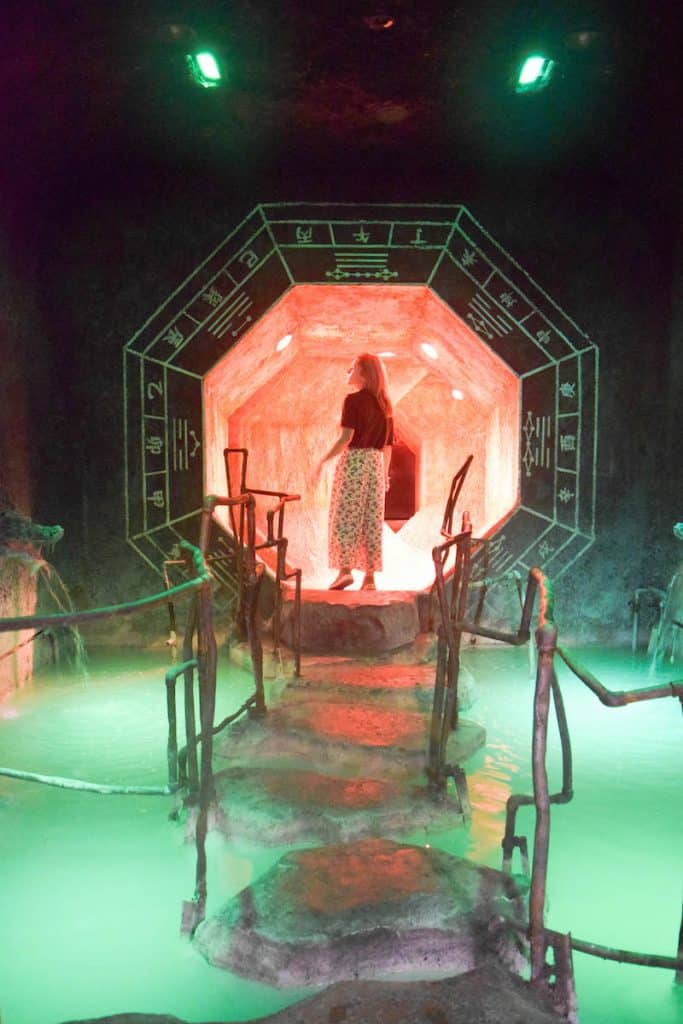 We went to Kawasaki Warehouse Arcade in Tokyo and had a lot of fun. It was really one of the coolest places ever. And in Japan you can find a lot more game arcades and other places where you can play games.

23. Have some karaoke fun in Japan!

The fun doesn’t stop at toys and game arcades, you can also have karaoke fun in Japan! Karaoke actually originated in Japan and is enjoyed by people of all ages in the country. 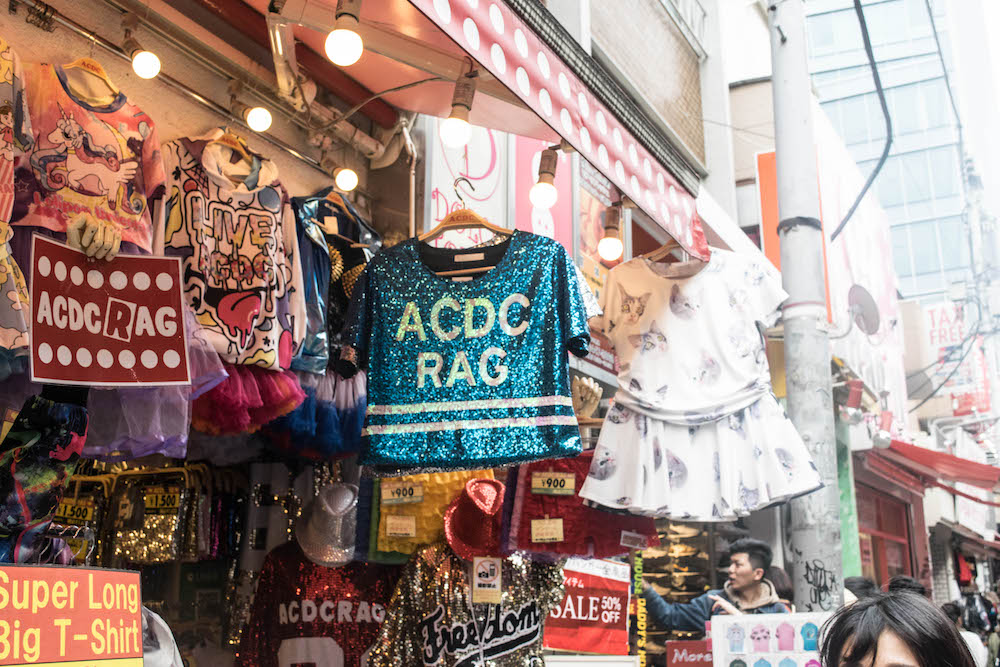 The fashion in Japan is really better than the clothes in this photo, I promise.

Of course the traditional clothing in Japan is absolutely beautiful. Just think of the details of the Geisha outfit or all the beautiful fabrics they use for kimono’s. But in Japanese big cities, such as Tokyo, there is a lot of trendsetting fashion. In areas such as Harajuku or Shibuya you can see many locals walking around in great styles.

25. You can try on a kimono and other Japanese traditional clothing 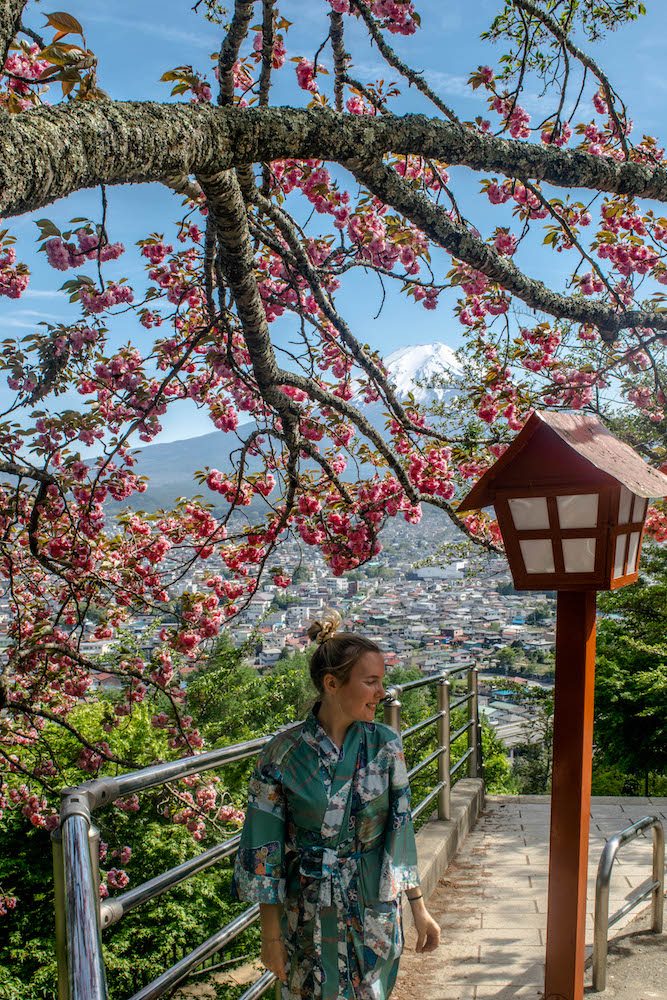 Dress up as a geisha or buy your own kimono or yukata. One of the best places to dress up in Japanese traditional clothing is Kyoto. You rent a beautiful kimono and walk around in the city.

26. Experience the most busy intersection in the world at Shibuya 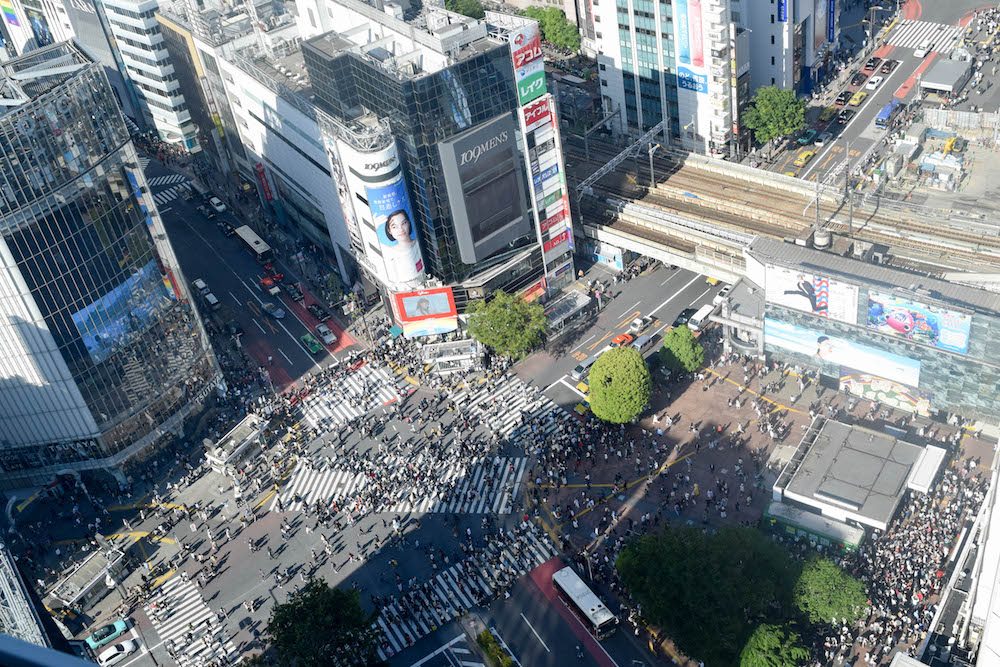 Shibuya Crossing in Tokyo is a very cool, exciting place. It’s actually claimed to be one of the busiest intersection in the world. It’s really cool to see thousand people crossing the streets at once.

27. There are many themed restaurants in Japan

There are very adorable themed restaurants in Japan, such as Pompompurin Café that you can see on the photo above. In addition, there are themed restaurants that are a bit weird or crazy. For instance, the Robot restaurant in Tokyo or Kawaii Monster Café Harajuku (cute and crazy!).

28. There are 21 World Heritage Sites in Japan 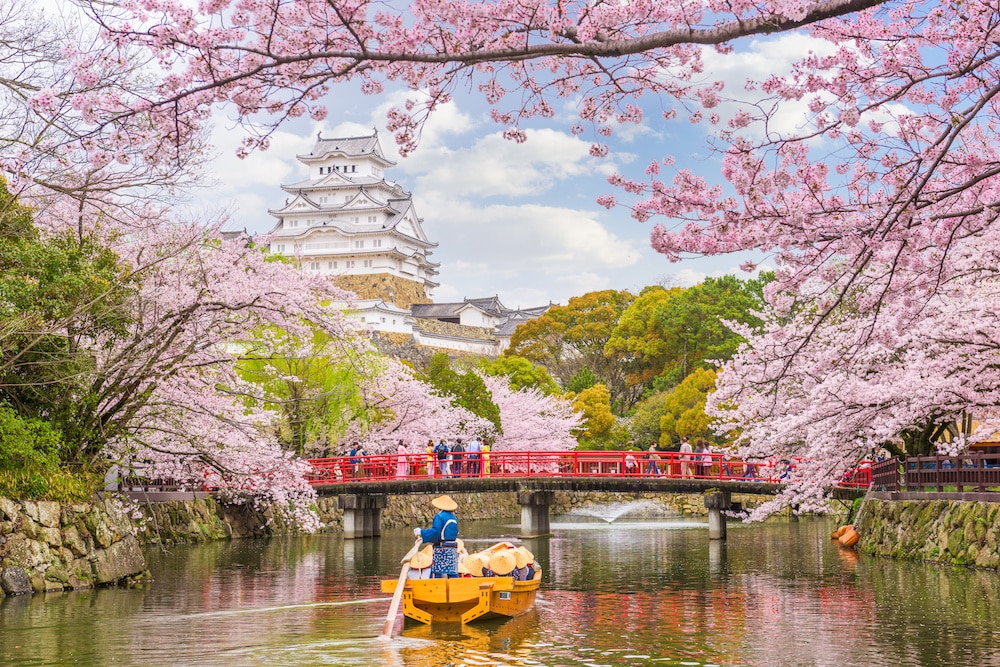 29. In Japan there are vending machines for anything 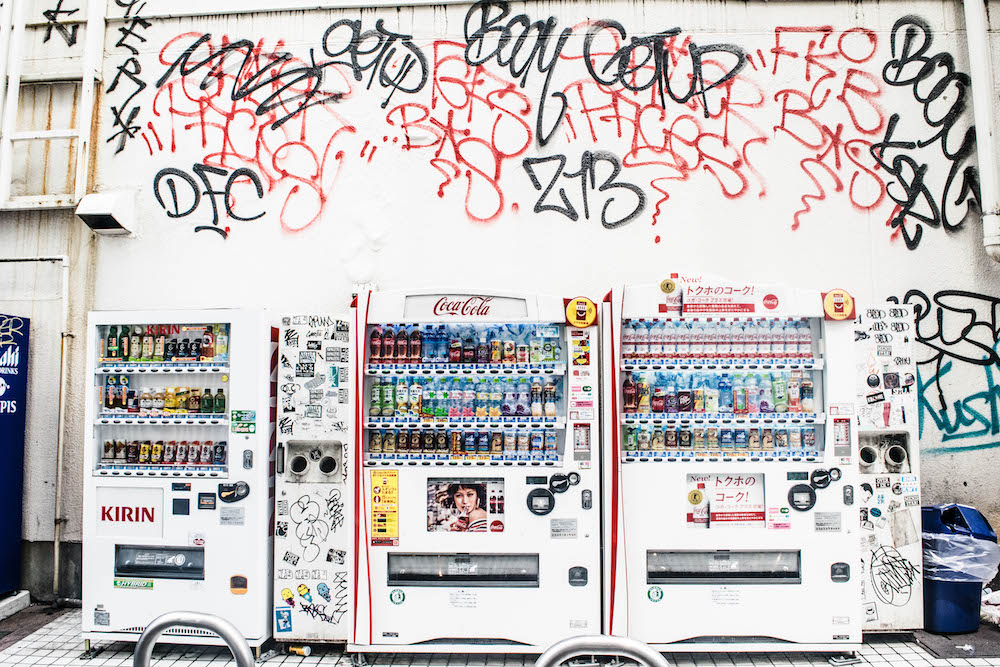 Japan has the highest density of vending machines in the whole world. The country has about 5.52 million vending machines! And you can get almost anything from them: coffee, tea, candy, soup, hot food, and much more.

30. It’s probably one of the most awesome countries in the world 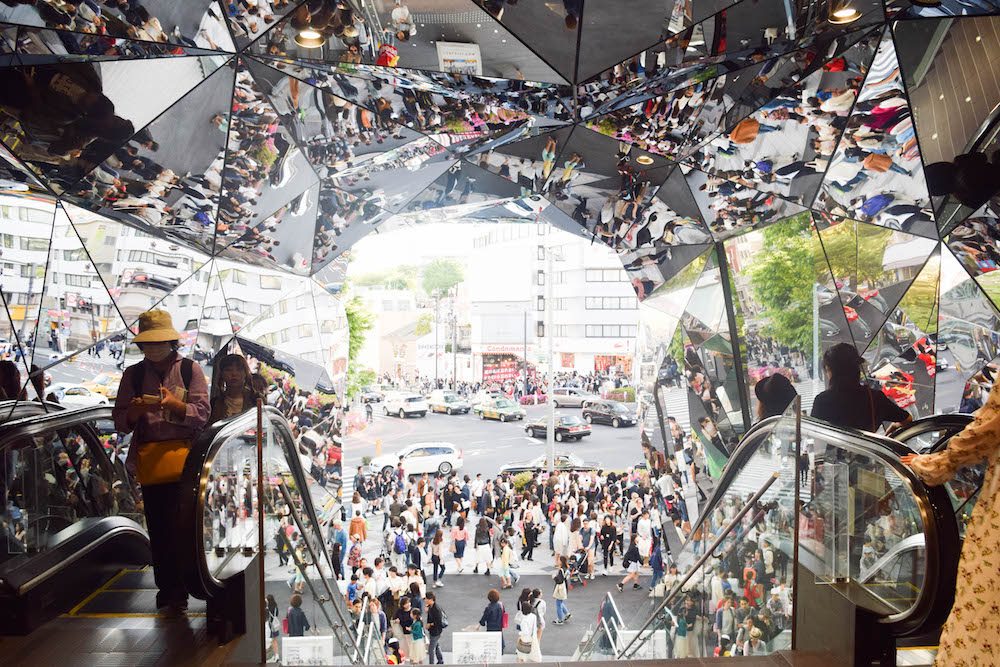 This list can go on and on. There is so much to see, so much to do and it’s such a unique country. Trust me, Japan really should be on your list!

That were 30 reasons why you should visit Japan at least once in your life! Have you ever been to Japan? Let us know in the comments!