When we visited South Korea, we were lucky that we had a local friend who showed us around in his country. One of the places he took us to was Suncheon. Suncheon(-si) is a city in the South Jeolla Province in South Korea. Most travellers only visit Seoul, Jeju Island and Busan, but Suncheon is definitely worth a visit too.

How to get to Suncheon Bay from Seoul

There is a big chance that you’re going ton Suncheon Bay from Seoul as a day trip. Fortunately, it’s quite easy to get there from Seoul – albeit a bit long. Take the express bus from the Central City Terminal in Seoul (takes four hours) to Suncheon Terminal. There is one bus every 30 minutes.

How to travel around Suncheon

If you’re already in Suncheon, you can easily grab a taxi. As it’s a popular tourist attraction in the area, just say Suncheon and they will know!

As we were on a budget in Korea, we used the local bus. The same counts for Suncheon! To get here, take bus 66 or 67 to Suncheon Bay bus stop. At this stop you can quickly find Suncheon Bay.

Where to stay in Suncheon

The Suncheon Piano Motel is just two kilometers away from the Suncheon Bay National Garden and just a short walk away from Suncheon KTX Station. So the location is definitely perfect! The hotel is quite new, clean and has spacious rooms.

The main purpose of the Suncheon Bay International Garden Expo in 2013 was to preserve Suncheon Bay and its natural habitat and turn it into a conservation area. The artificial garden is therefore also named the ‘eco belt’ of Suncheon.

Suncheon Bay National Garden showcases over 500 species of trees and 100 species of flowers. It’s an incredibly beautiful area that is really worth a visit if you’re a nature lover.

There are four zones at Suncheon Bay Garden: the arboretum, wetland, world garden and wetland zones.

The world garden showcases every type of garden in the world. Experience the traditional gardens of many countries, such as various European gardens, American gardens, but also Japanese and Chinese gardens. The Chinese garden is one of the most popular gardens at Suncheon Bay Garden. 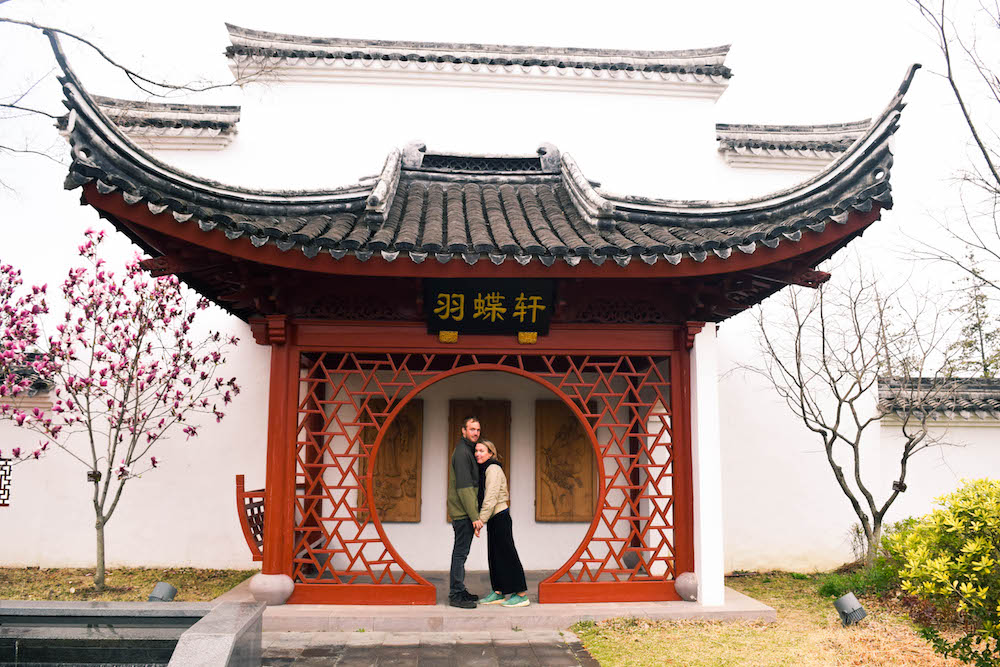 Suncheon Lake Garden is an artificial lake with six hills and there is a pathway that you can follow. At the center of the lake, you have a panoramic view.

The Bridge of Dreams is an artwork made from 30 abandoned and recycled cargo containes that displays 140.000 tiles with all sorts of drawings. These drawings are made by 140.000 children from 16 different countries and show the hopes and aspirations of the little artists. The bridge connects the two areas of the 2012 Expo in Yeosu. 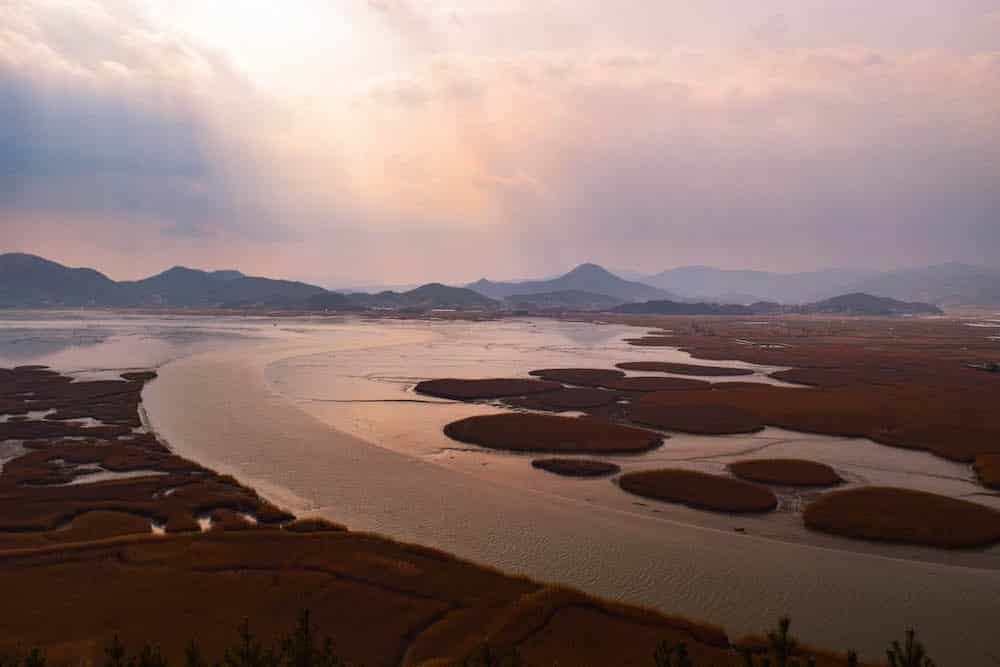 The incredible wetlands of Suncheon Bay Wetland Reserve are home to the largest colony of reeds in Korea. Suncheon Bay Wetland Reserve is also perfect if you’re into birdwatching, since there are over 140 bird species in the area. If you follow the pathways you will find an observation deck where you can enjoy the gorgeous views. The hike is very doable and is worth it (just look at that view!). 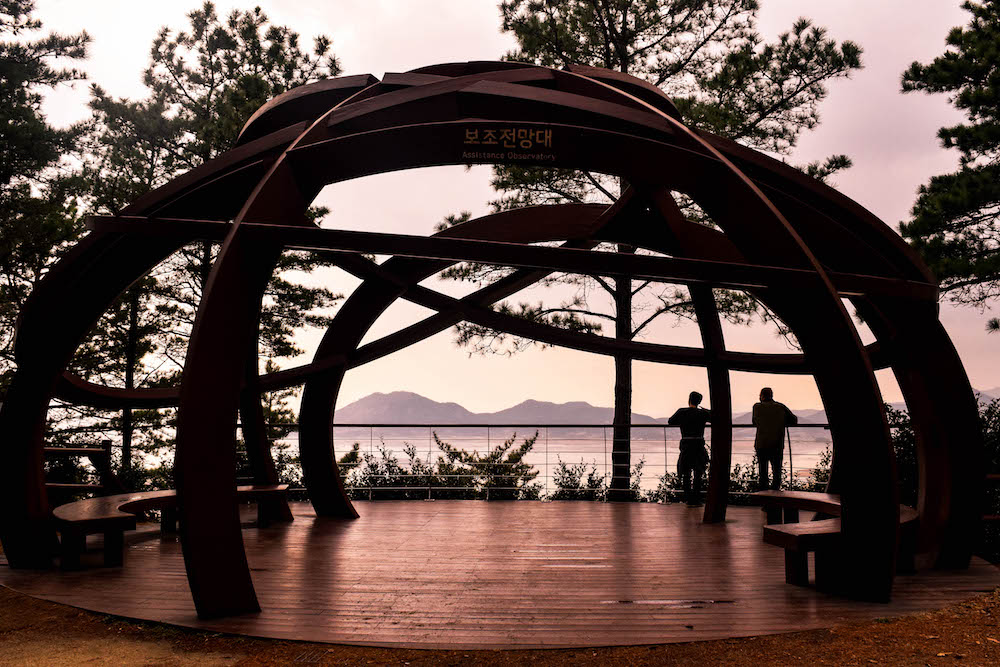 Observation deck is opened until 22.00

Suncheon is definitely worth a visit! Especially because of Suncheon Bay National Garden and Suncheonman Bay Wetland Reserve. If you have any questions, feel free to leave a comment below! 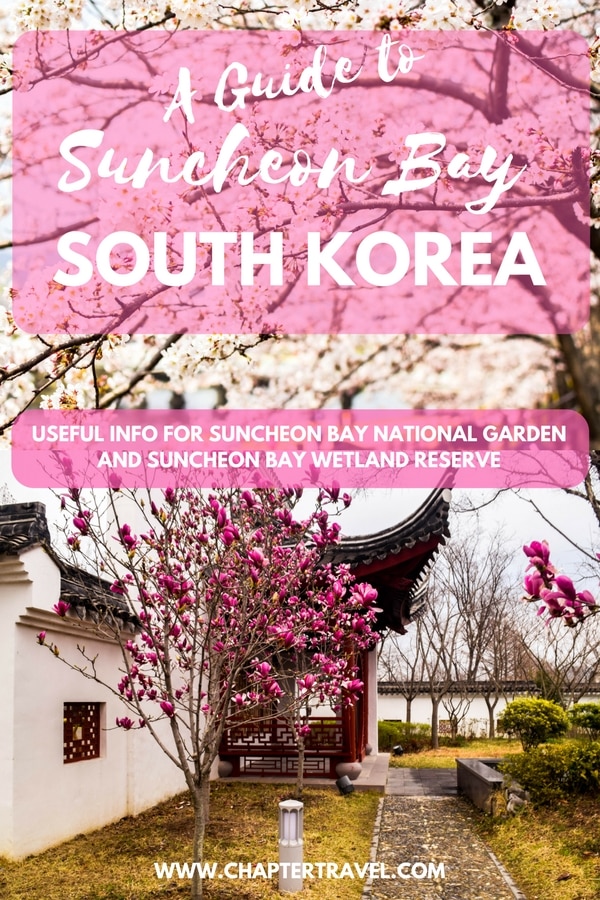