Traveling in the Local Buses of Nepal 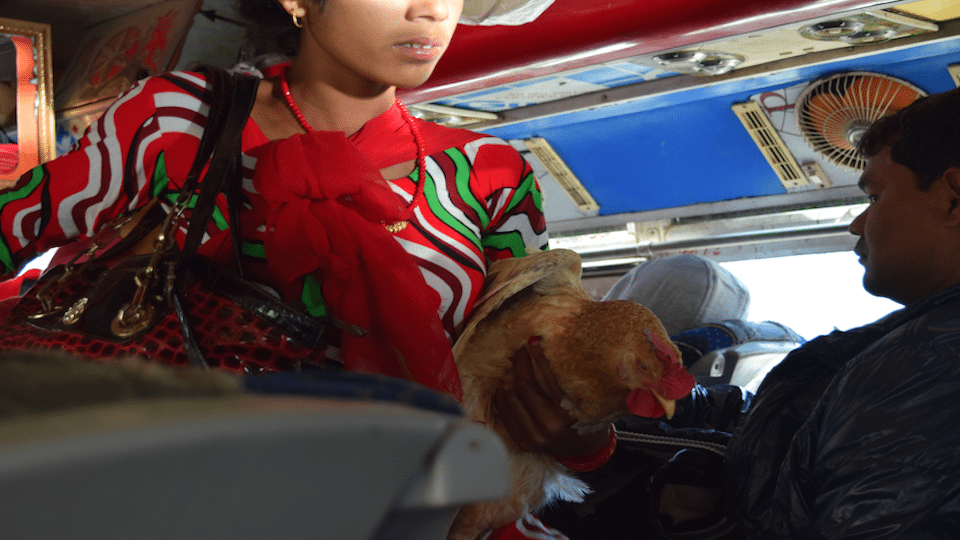 After Chitwan National Park, we weren’t sure where we wanted to go. Multiple people gave us the advice to go to Bardia National Park, even though it is a very long journey to get there. Plus, there was no tourist bus going to Bardia. But it was certainly possible to get there, we would just have to go with the local buses. Local buses in Nepal are a bit different than say, a local bus in our homecountry The Netherlands. We didn’t know exactly what to expect. So we thought to ourselves; traveling in the local buses of Nepal; it’s a new adventure!

Before we could start our new adventure of riding in a local bus, we needed to head a bit in the direction of Kathmandu. Of course, lots of tourist buses went to Kathmandu, so that wasn’t much of a problem. Our hotel manager arranged a free ride next to the bus driver, so we felt like real VIP’s.

We had to get off the tourist bus in a little town 30 minutes from Chitwan National Park, and from there on we had to ‘take care of ourselves’. Our hotel manager told us that it would be easy for us to arrange everything as we went. Lots of people would offer us a ride to our destination, according to him. While for all the bus rides we had before, we always already booked up front, we now went without arranging anything. We were a bit skeptical on how easy it really would be.

However, when we got out at the first stop, different kind of vehicles stopped in front of us to offer us a ride. Eventually we went for the tuktuk that cost us 200 rupees (2$ USD) that brought us to Narangkot, and from there we had to find a local bus to get us to Bardia.

Driving in the local bus

After a ten minute ride in the tuktuk, while firmly holding on to our dear backpacks, we arrived in Narangkot. Here the busstation was also conveniently the gas station. We asked the first driver that was sitting in a local bus if he went to Bardia, and he said no. A few meters further we saw a guy that seemed in charge and asked him if he knew which bus went to Bardia. He pointed to the bus that didn’t go to Bardia just a second ago. Apparently the driver just didn’t know any English.

The seats weren’t much worse than the ones we had in the tourist buses. However, the bus itself was a bit smaller. Also, more importantly, it was a lot cheaper. We payed 800 rupees (8$ USD) for a busride of 10 hours.

After waiting for quite a while, the bus finally went on its way. Soon a staff member of the bus inserted a DVD into the little TV above the bus driver. Now, we could enjoy very loud Bollywood music including entertaining videoclips.

Soon I noticed a difference with the tourist bus, besides the size of the vehicle or the Bollywood entertainment. Namely, the bus stops almost every five minutes, as long as there were people that want to get in or out. It didn’t matter if there were available seats or not. Of course, no matter how bumpy the road, you can always just stand in the pathway. Or sit on our backpacks, whatever.

Besides the bus driver, local buses in Nepal also includes one or two guys that make sure everyone pays for their bus ride. Also, they make sure that the bus stops when someone has to get in or out. During the drive they hang out of the door and hit the bus with a flat hand on the side when it has to stop. They also hit the bus on the side when it can start again. Basically, they seem to be smacking that thing all day long.

We were very happy that we could sit and didn’t have to stand, as the road was really bumpy. It was quite refreshing to be the only tourist in the bus, as lately there were lots of tourist everywhere we went. The only thing was that all the locals would stare a lot at us. In the beginning I just ignored it and looked away. After a while I smiled at them. Then I looked a bit irritated. Nothing really worked, they just kept staring. Then I tried waving at them, that kinda worked. They waved back and looked away. At least, some of them did.

On the road we saw a lot of villages with goats, cows and buffalos walking on the streets. We saw how goats and cows were eating the trash from the ground. People were trying to sel corn, samosas or other local food to the people in the bus whenever we stopped. They would just walk along the windows and ask if we wanted anything. Some sellers of local food would also just step into the bus and be a bit more persuasive.

When it was getting darker, we got out of the bus, as we suddenly had to change to another one. The bus staff arranged this for us and they also gave the new bus part of our money to pay for the remainder of our journey.

Two hours later in the next local bus, we were in another town where suddenly everyone got out. The woman who collected all the money for the bus asked us about our hotel. This time we hadn’t booked any accommodation beforehand. Luckily before we arrived a passenger gave us a business card of a place in Bardia where we could stay.

We stood outside with a group of Nepali people and we gave them the business card of the hotel we could hopefully stay in. The bus ride had been 13 hours and we were pretty beat. The bus staff called the number and luckily we could stay at the hotel. They would even pick us up!

Then we had to wait for our pick up. The staff of the bus all waited with us – even though they were working all day long. We were given chairs to sit on at one of the local stores. Eventually we had to wait for an hour, and even though the people of the bus and store were obviously very tired, they kept the store open and waited with us until our pick up came. Then, when the car of the hotel finally arrived, they all stood at the car and waved us goodbye.

We had made it to Bardia, safe and sound.

It’s a cheap way to travel through Nepal

After this first experience, we traveled with local buses quite often. It’s a very cheap way to go around, and eventually you get used to the loud music in the bus, the frequent stops and so on. After traveling in Nepal for a couple of weeks we noticed we started to prefer the local buses, because you could just go whenever you wanted. Meaning that you don’t have to arrange anything before hand, but the day you want to leave a place, you can just go to the busstop and pay when you get into the bus. Of course, most tourist buses are a lot more comfortable and probably safer too. But after we visited Rara Lake and drove in the mountains, we felt very secure in the other local buses! 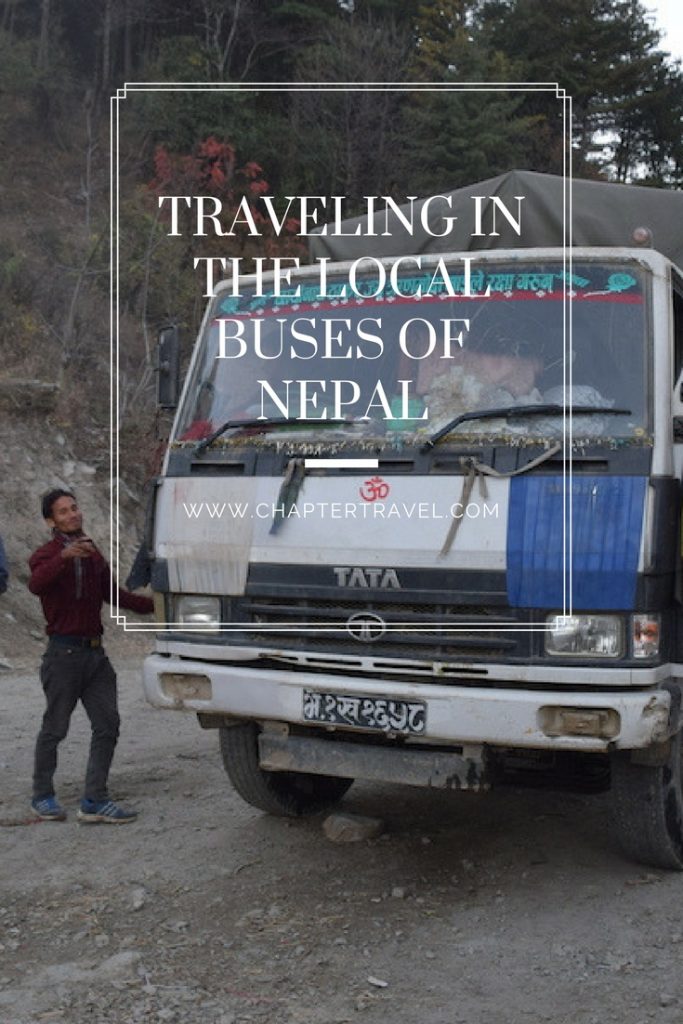